Driving While Black: A Conversation with Gretchen Sorin

Join us for an evening with acclaimed historian Gretchen Sorin in conversation with Kimberly Kersey, the new executive director of The Amistad Center for Art & Culture at the Wadsworth Atheneum, as they discuss Sorin’s book Driving While Black. 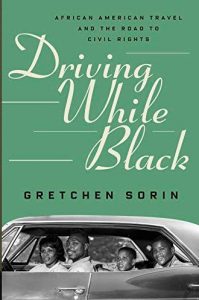 In her book, Sorin reveals how the car—the ultimate symbol of independence and possibility—has always held particular importance for African Americans, allowing black families to evade the many dangers presented by an entrenched racist society and to enjoy, in some measure, the freedom of the open road. She recounts the creation of a parallel, unseen world of black motorists, who relied on travel guides, black only businesses, and informal communications networks to keep them safe. At the heart of Sorin’s story is Victor and Alma Green’s famous Green Book, a travel guide begun in 1936, which helped grant black Americans that most basic American rite, the family vacation. As Sorin demonstrates, black travel guides and black-only businesses encouraged a new way of resisting oppression.

Driving While Black reminds us, the Civil Rights Movement was just that—a movement of black people and their allies in defiance of local law and custom. At the same time, she shows that the car, despite the freedoms it offered, brought black people up against new challenges, from segregated ambulance services to unwarranted traffic stops, and the racist violence that too often followed. Interwoven with Sorin’s own family history and enhanced by dozens of little known images, Driving While Black charts how the automobile fundamentally reshaped African American life, and opens up an entirely new view onto one of the most important issues of our time.

Driving While Black is the basis for an upcoming feature-length documentary film directed by Ric Burns, slated for broadcast on PBS during the 2020 season. 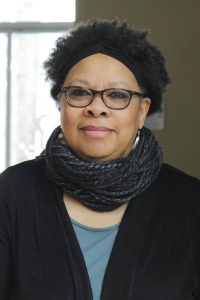 Gretchen Sorin is a distinguished professor and director of the Cooperstown Graduate Program of the State University of New York. She has curated innumerable exhibits—including with the Smithsonian, the Jewish Museum and the New York State Historical Association—and lives in upstate New York.

Kimberly Kersey comes to The Amistad Center for Art and Culture with more than 25 years of legal, business development

and community relations experience. She graduated from Rutgers University with a B.A. in Art History. While at Rutgers, Kersey was an intern at the New Jersey State Council on the Arts and completed her senior study work in African American Art. She went on to earn a J.D. from Villanova University School of Law and is admitted to practice in New Jersey and Pennsylvania. While in law school, she worked with the Philadelphia Volunteer Lawyers for the Arts where she counseled artists on issues involving copyright, gallery agreements and arts related contracts. A strong believer in civic engagement, Kersey has long been active in local and national politics.

Copies of Driving While Black will be available for purchase during the program; each will come with a signed bookplate.

This program is presented in partnership with The Amistad Center for Art & Culture and Harriet Beecher Stowe Center.