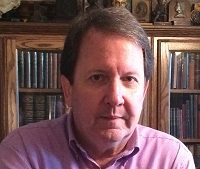 In his talk, The Voice of Mark Twain, 1863-2019, Kevin Mac Donnell separates the facts and rumors surrounding the six times that Mark Twain’s voice was recorded, reviews the imitators and impersonators who were active during his lifetime (and Twain’s opinion of one of them) and connects one of them directly to Hal Holbrook’s incomparable impersonation of Mark Twain. New evidence is presented that answers the question of whether Twain’s famous drawl was genuine or part of his stage persona, and new documentary evidence is also presented that establishes exactly how slowly (words per minute) he spoke. This talk concludes with why Mark Twain’s physical voice is essential to an understanding of his writings in a way that does not apply to any other American author.