Like many upper-class late Victorian homes‚ the Clemens home had a conservatory. Theirs had a fountain and was filled with lush‚ thriving plants. Clemens daughters Susy‚ Clara and Jean called this room “The Jungle.”

Master Gardener Marianne Cassidy arrived at the Mark Twain House in 2009, and immediately went to work to research the structure, learning not only about the plants used there but some of its construction – the white marble-chip floor, for example, and the constantly playing fountain. The conservatory was an important element of the Victorian picturesque architecture that inspired the house’s architect, Edward Tuckerman Potter. Some mid-20th century descriptions say that it was “of a type invented by Harriet Beecher Stowe.” Stowe Center Collections manager Elizabeth Burgess says it’s very possible that Stowe brought the idea back from her trips to England, and thus influenced the general architectural trends of the neighborhood, but she knows of no documented influence on the Clemens’ conservatory specifically.

Cassidy and her crew of Master Gardeners not only researched the plants that were there in the Clemens era, but also -carefully preserved and encouraged plants placed there by previous gardeners and replaced or added others. Its role as an indoor ecosystem must also be carefully monitored, and Marianne and her crew of Master Gardeners (see below) arrive quietly according to schedule, don their identifying badges, and go to work. Battles are fought and won against mealybug and plant diseases.  In February, everything is removed and the whole area cleaned up. The following is a sampling of the Conservatory’s wonders.

Watch the Conservatory Episode of Catching Up with the Clemenses 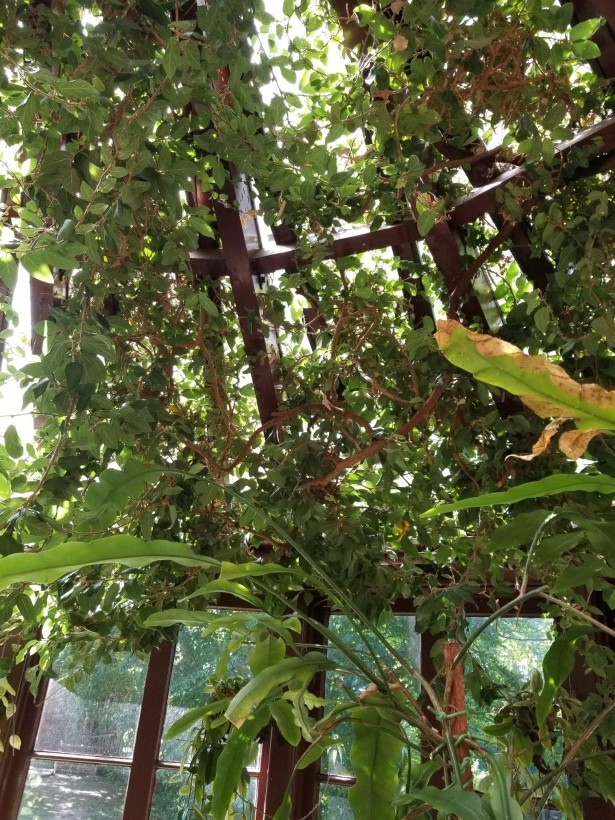 The star of the Conservatory is the creeping fig, often referred to as “Ficus” from its Latin name, Ficus pumila. One of those active in the 1960-74 restoration of the Mark Twain House was architect Robert Schutz, Jr., the grandson of the Clemenses’ family homeopathic physician, Cincinattus Taft (whose bearded visage sits on top of the piano in the drawing room) and his wife, Ellen C. Taft (whom Sam once bombarded with profanity over the phone, then blamed George). One day during the restoration era Schutz brought a horticultural treasure to the house: a cutting from a creeping fig from his own home. An ancestor of the cutting had been given to his grandparents by the Clemenses from their conservatory. It was planted in the Conservatory, a homecoming of sorts after nearly a century. 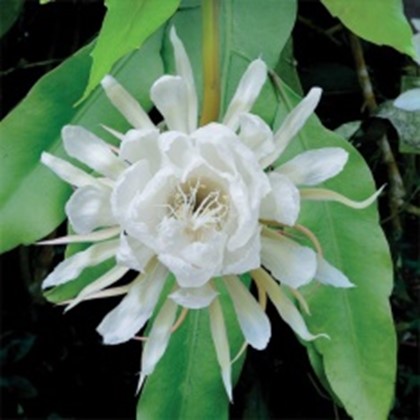 Another, more hidden star of the Conservatory – the night-blooming cereus, a spreading plant with crinkly-looking leaves. Every June this plant blossoms in the dark, an event that served as the occasion for midnight parties among the supporters of the Mark Twain House. These parties were essentially vigils, as it is hard to predict which night the night-blooming cereus will actually bloom, so the partying could go on for two or three nights 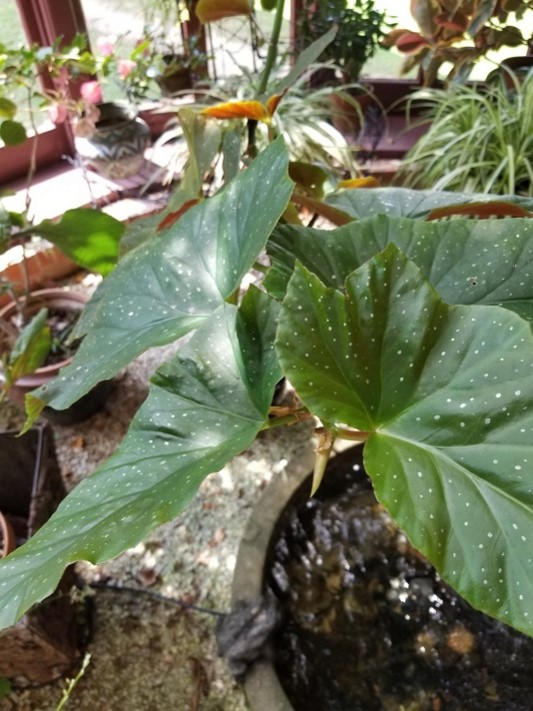 Victorian conservatory plants were often chosen for their variegated leaves – leaves with both green and non-green on them, in appealing and decorative patterns – as much as for their blooms. Among the numerous varieties of the begonia, with its origin in the tropics and redesigned over decades of hybridization, the showy angel wing begonia is a prime example. 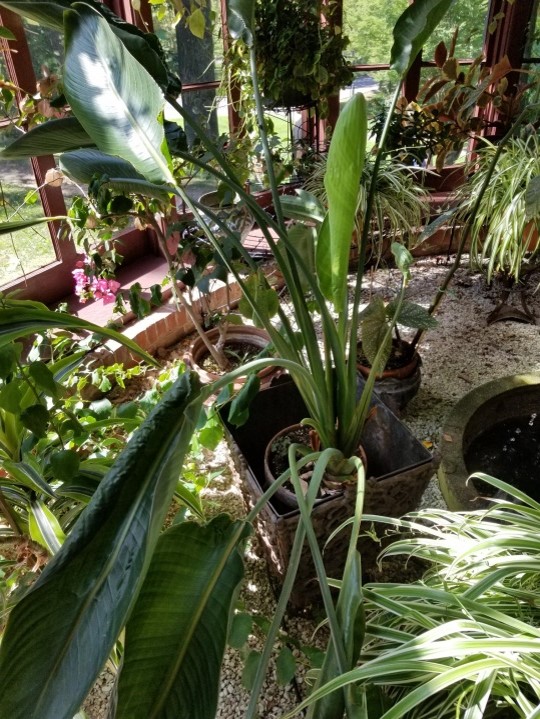 The Bird of Paradise comes from a plant native to North Africa, but the variety most cultivated in Victorian conservatories was named after a royal wedding with (for Americans) an unpatriotic twist. Its Latin name, Strelitzia reginiae, honors the marriage of King George III, the bane of American colonists, to Princess Charlotte of Mecklenburg-Strelitz in 1761. Its blossoms are truly birdlike, though, oddly, it’s a member of the same family as the banana. 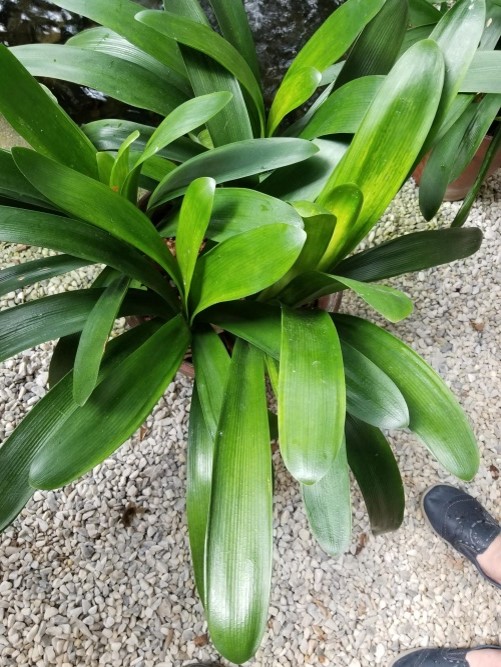 The clivia is another plant native to Africa – South Africa, in this case – where specimens were collected by British explorers in 1815 and 1820. Clivia also has a royal link: the Kew Gardens botanist William Burchell named it in honor of the governess of the future Queen Victoria, Charlotte Percy, Duchess of Northumberland, whose maiden name was Clive. 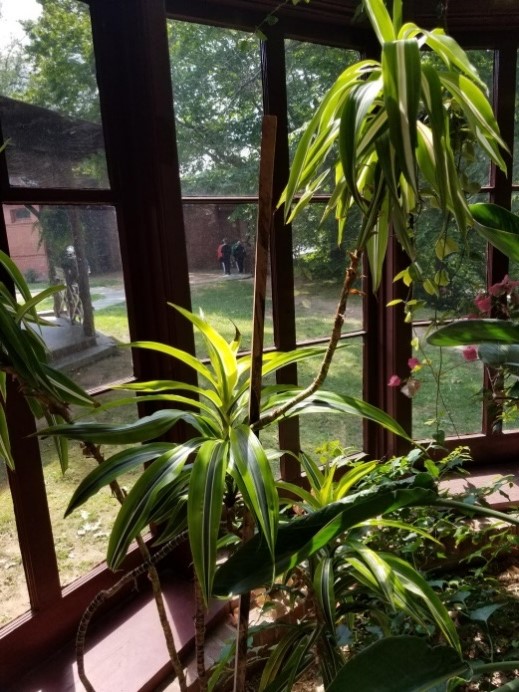 The corn plant is native to tropical Africa, where today it often shows up as a hedge plant. Sometimes simply called “dracaena,” from its Latin name, Dracaena fragrans, it has a reputation for removing toxins from the air, confirmed by a NASA study in 1989. The space agency was researching plants that might help purify the air in space stations. 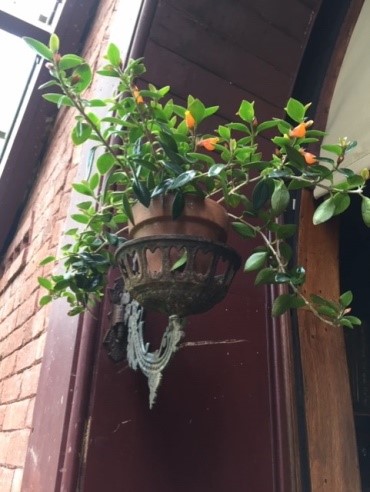 A photo taken of the Conservatory in 1896  clearly shows cast-iron lamp brackets containing pots of the goldfish plant, which Marianne reports was a favorite of Livy’s. The name “goldfish” comes from the distinctive flowers, which look like fish swimming in a bowl of leaves and air. 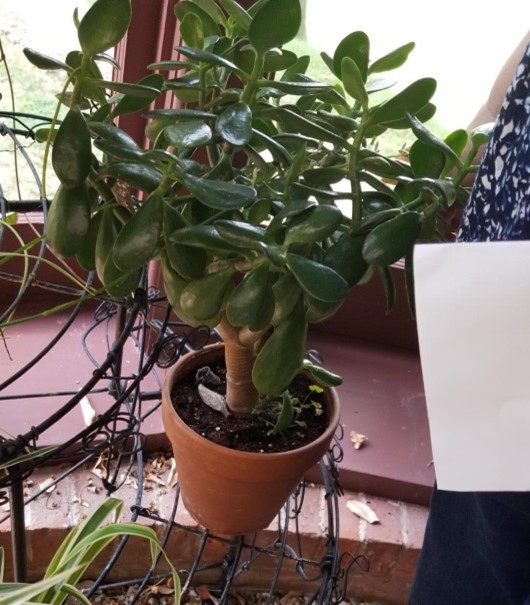 The jade plant, valued more for its visual appeal and addition of variety to the Conservatory than for its blooms, was another Victorian favorite. Its stolid green leaves evoke jade, the precious stone. 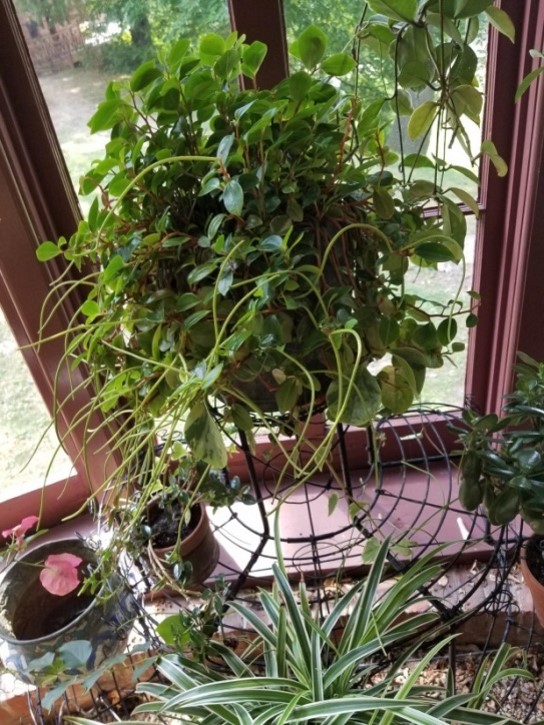 In the wild, peperomia grows in the Amazon region, under shady trees. It is valued in part for ease of maintenance, as “loving neglect” seems to work the best. The Conservatory container has mixed varieties of the plant. 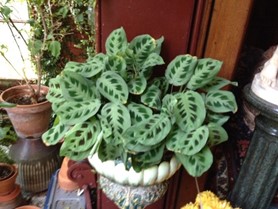 The prayer plant gets its name from its behavior as evening approaches: The leaves actually raise themselves up and fold like hands preparing for evening devotions. 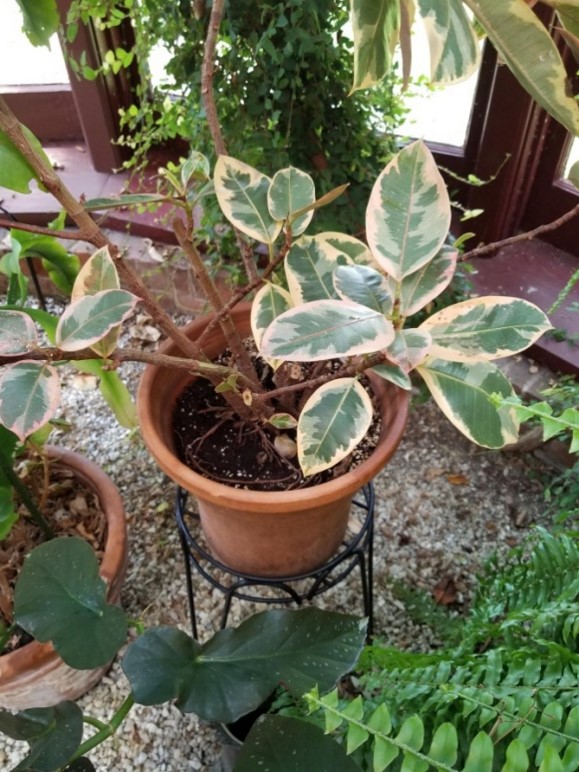 In India, the rubber tree can grow more than 100 feet high and develop roots that stand well above the ground. These roots are sometimes trained over ravines to form living bridges. Our Conservatory rubber tree is more ornamental, with its lovely variegated leaves. 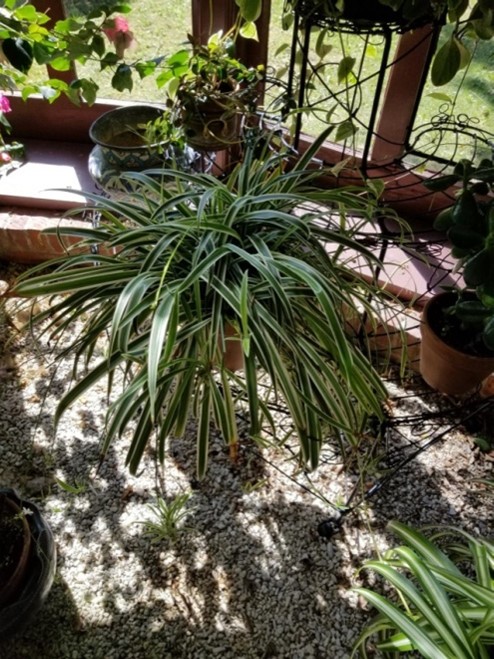 Anyone who owns a spider plant – we have several — knows its habit of forming “offsets,” new plants complete with roots, at the ends of the stem of its flower. They hang there like so many – yes – spiders. 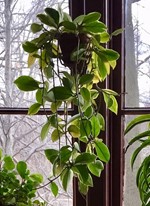 The wax plant, with its waxy leaves, is sometimes called “hoya” for its Latin name, Hoya carnosa. It has curving vines that send out star-shaped blooms that look like little sculptures; an alternate name is “porcelain plant.” It is native to Southeast Asia and Australia. 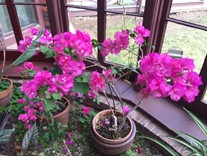 The showy bougainvillea, a South American plant, was brought to Europe in the early nineteenth century and quickly became a favorite of the English conservatories on which the Clemenses’ is modeled.