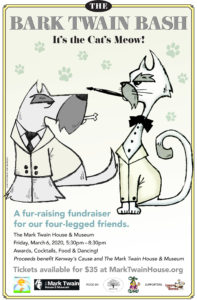 Festivities include a cash bar, food by David James Catering and Cake Gypsy, and entertainment. We will be presenting awards to special friends of animal, and to animals themselves. The event is hosted by iHeartMedia’s Renee Dinino and Buzz Engine’s Jacques Lamarre.
This year’s keynote speaker is Diana S. Urban, former Connecticut State Representative of North Stonington, who introduced the Desmond’s Law legislation enacted in 2016.  Connecticut became the first state to allow courts to appoint an advocate in criminal cases involving cruelty against cats and dogs. Urban is the founder and president of the Protecting Kids and Pets Partnership.
Recipients of the Service of Excellence Awards this year are:
Desmond’s Army Animal Law Advocates seek a better world by celebrating animals and confronting animal abuse. Established afer the 2016 passage in Connecticut of Desmond’s Law.
Sarai Rivera and Anna Alicia for their work with feral cats.
Scott Orsini, General Manager of Executive Auto Group.
Tim Restall, President of the Hartford Yard Goats.
General Admission tickets available for $35.
A VIP Experience is available for $85, which includes admission to the Bark Twain Bash and an after-hours tour of Mark Twain’s magnificent mansion. Learn about the many animals that Twain and his family cared for during their time in Hartford.