Join us as The Mark Twain House & Museum presents its prestigious Mark Twain American Voice in Literature Award to Ocean Vuong , who will be honored for his 2019 debut novel On Earth We’re Briefly Gorgeous, a shattering portrait of a family, a first love, and the redemptive power of storytelling. 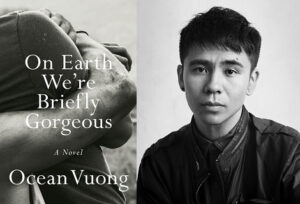 The virtual award ceremony  will feature Vuong’s reading from On Earth We’re Briefly Gorgeous and a presentation by David Baldacci. Admission is FREE. REGISTER HERE.

The MTAVL Award, first presented in 2016, honors a work of fiction published in the previous calendar year (in this case, 2019) that best embodies an “American voice” such as Twain established in his 1885 masterpiece Adventures of Huckleberry Finn. The award carries a cash prize of $25,000.

Upon learning he had won the award, Vuong, who grew up in Hartford and set his novel there, said, “My introduction to America was through Hartford. And what I soon realized was that Hartford already reflected everything in America. To live here is to know the very bones of this country. So it is with much pride I accept this prize under the name of such a legendary literary presence in American letters. Twain’s Hartford was quite different from my own–and as such, each epoch deserves its chroniclers. I’m grateful that The Mark Twain House & Museum found my version of this city, and the lives in and around it, worthy of such esteemed recognition.” 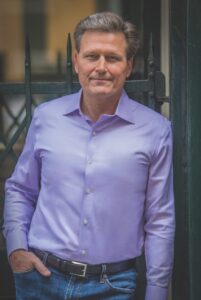 Best-selling author David Baldacci, a trustee of The Mark Twain House & Museum and benefactor of the award, said, “I am thrilled that we are presenting the Mark Twain American Voice in Literature Award to Ocean Vuong for On Earth We’re Briefly Gorgeous. This much-praised book clearly exemplifies a distinctly original voice in literature and is a work of which Samuel Clemens would have undoubtedly been a fan.”

A recipient of a 2019 MacArthur “Genius” Grant, Vuong is also the author of the critically acclaimed poetry collection Night Sky with Exit Wounds, a New York Times Top 10 Book of 2016, winner of the T.S. Eliot Prize, the Whiting Award, the Thom Gunn Award, and the Forward Prize for Best First Collection. A Ruth Lilly fellow from the Poetry Foundation, his honors include fellowships from the Lannan Foundation, the Civitella Ranieri Foundation, The Elizabeth George Foundation, The Academy of American Poets, and the Pushcart Prize.

Born in Saigon, Vietnam, Vuong lives in Northampton, Massachusetts, where he serves as an Assistant Professor in the MFA Program for Poets and Writers at UMass-Amherst.

Signed copies of On Earth We’re Briefly Gorgeous will be available for purchase through the Mark Twain Store; proceeds benefit The Mark Twain House & Museum.

The ceremony is sponsored by Bank of America.