Join us for a special virtual conversation with #1 New York Times bestselling author Jodi Picoult as she makes a return visit to The Mark Twain House & Museum to talk about her new novel, The Book of Two Ways. Jodi will be in conversation with Kevin Kwan, author of Crazy Rich Asians and Sex and Vanity. 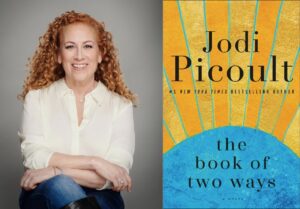 In The Book of Two Ways , Dawn Edelstein is on a plane when the flight attendant makes an announcement: Prepare for a crash landing. She braces herself as thoughts flash through her mind. The shocking thing is, the thoughts are not of her husband but of a man she last saw fifteen years ago: Wyatt Armstrong.
Dawn, miraculously, survives the crash, but so do all the doubts that have suddenly been raised. She has led a good life. Back in Boston, there is her husband, Brian, their beloved daughter, and her work as a death doula, in which she helps ease the transition between life and death for her clients.
But somewhere in Egypt is Wyatt Armstrong, who works as an archaeologist unearthing ancient burial sites, a career Dawn once studied for but was forced to abandon when life suddenly intervened. And now, when it seems that fate is offering her second chances, she is not as sure of the choice she once made.

Tickets for Picoult’s talk, which is offered virtually via Crowdcast, are $35 and include a signed copy of The Book of Two Ways. REGISTER HERE.

Have a question for Jodi? Once you’ve registered for her talk, go to the Ask a Question feature on the Crowdcast event page and ask away! Only questions submitted in advance of the program will be considered for the Q&A session!

JODI PICOULT is the #1 New York Times bestselling author of twenty-five novels, including Small Great Things, Leaving Time, The Storyteller, Lone Wolf, Sing You Home, House Rules, Handle with Care, Change of Heart, Nineteen Minutes, and My Sister’s Keeper. She is also the author, with daughter Samantha van Leer, of two young adult novels, Between the Lines and Off the Page. Picoult lives in New Hampshire with her husband and three children. 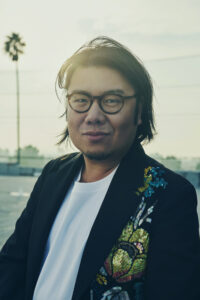 KEVIN KWAN is the author of the international bestsellers Crazy Rich Asians, China Rich Girlfriend, and Rich People Problems.  Crazy Rich Asians was a #1 New York Times bestseller and major motion picture, and has been translated into more than thirty languages.  Kwan lives in Los Angeles.

The Mark My Words series is made possible by the Wish You Well Foundation.

CT Public — WNPR is the media sponsor for the Mark My Words series.