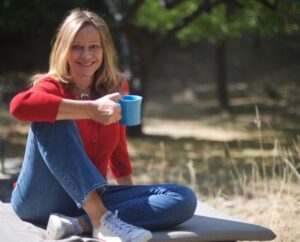 Fascinating figures in the fields of film, rock music, theater, and literature loosen their ties, sip a glass of wine, and (hopefully) tell all in The Mark Twain House & Museum’s A LITTLE HARMLESS FUN series this spring. The four casual, free-wheeling, on-stage conversations will be led by Frank Rizzo, the New York theater critic for Variety and writer for Connecticut Magazine, The New York Times, Hartford magazine, and other publications. Rizzo, who served as the arts journalist for The Hartford Courant for more than 33 years, has covered the Connecticut cultural scene for more than 40 years.

Joyce Maynard will chat with Frank on Wednesday, May 27. Maynard, the author of 17 books, including The New York Times bestselling novel Labor Day (which was made into a Jason Reitman film starring Kate Winslet), To Die For (which was made into a Gus Van Sant film starring Nicole Kidman), and the memoir At Home in the World, which chronicles her brief relationship with the reclusive writer J.D. Salinger, which began when she was 18 and he 53.  Her most recent book, The Best of Us, tells the story of finding and losing her second husband. Her new novel will be published next year. Last year, at age 65, Maynard returned to college at Yale, which she left when she was 19 to move to New Hampshire with Salinger. She is currently a junior. For the last 19 years she has taught the craft of memoir on the shores of Lake Atitlan, Guatemala, at a workshop she founded in 2001.