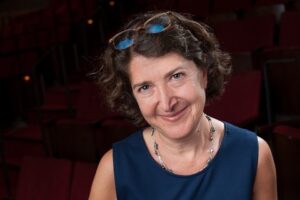 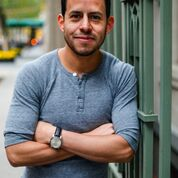 Fascinating figures in the fields of film, rock music, theater, and literature, loosen their ties, sip a glass of wine, and (hopefully) tell all in The Mark Twain House & Museum’s A LITTLE HARMLESS FUN series this spring. The four casual, free-wheeling, on-stage conversations will be led by Frank Rizzo, the New York theater critic for Variety and writer for Connecticut Magazine, The New York Times, Hartford magazine, and other publications. Rizzo, who served as the arts journalist for The Hartford Courant for more than 33 years, has covered the Connecticut cultural scene for more than 40 years.

Padrón, of New Haven’s Long Wharf Theatre, and Bensussen, of Hartford Stage, will talk about their dramatic re-envisioning of their Tony Award-winning theaters, their just-announced upcoming seasons, and their innovative plans for bringing new audiences into the theater without losing the established ones that have supported their institutions for decades.

Padrón, a Yale School of Drama grad, previously held positions at The Public Theater, Steppenwolf Theatre, and the Oregon Shakespeare Festival. He is also the founder of The SolProject, a national theater initiative that showcases Latinx playwrights and artists of color through collaborative partnerships with leading theaters. Bensussen, raised in Mexico City, is an award-winning director and artistic leader who has worked extensively at leading theaters throughout the country since 1984. She previously chaired the Performing Arts Department at Emerson College in Boston.