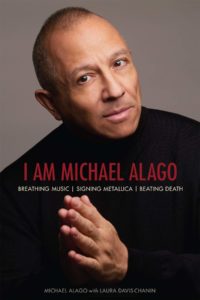 This event has been canceled.

Fascinating figures in the fields of film, rock music, theater, and literature tell all in The Mark Twain House & Museum’s A LITTLE HARMLESS FUN series this spring. The four casual, free-wheeling, on-stage conversations will be led by Frank Rizzo, the New York theater critic for Variety and writer for Connecticut Magazine, The New York Times, Hartford magazine, and other publications. Rizzo, who served as the arts journalist for The Hartford Courant for more than 33 years, has covered the Connecticut cultural scene for more than 40 years.

Michael Alago, legendary record company executive and subject of the 2017 documentary Who the F**K is That Guy? The Fabulous Journey of Michael Alago, joins Frank on Thursday, March 19. Alago will talk about sex, drugs, and rock & roll and his life in all three as reflected in his new memoir I Am Michael Alago: Breathing Music, Signing Metallica, Beating Death. At 24, Alago became the A & R executive at Elektra, where he signed Metallica and went on to work with such varied musical talents as the Misfits, Cyndi Lauper, Michael Feinstein, Public Image Ltd, White Zombie, Nina Simone, Alan Vega, and John Lydon (Johnny Rotten). He’ll talk about how he survived both substance abuse and AIDS and how he reinvented himself as a provocative photographer and writer.