Around the World in 54 Days: An Evening with Scott Wallace 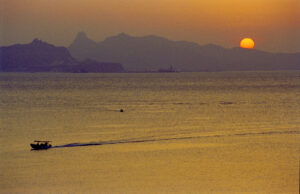 In 2004, the World Bank sent Scott Wallace on the assignment of a lifetime. He was asked to embark on a round-the-world trip to document Bank-financed development projects in ten countries in Africa, the Middle East, Eastern Europe and South Asia. Wallace was also asked to photograph commerce, industry, housing, labor, agriculture, gender, education and culture — in short, anything, wherever he found it. He had 54 days to complete his mission.

The result is an extraordinary collection of images and tales, many of which he will share for the first time in this captivating presentation. 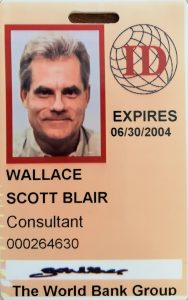 Scott Wallace is an award-winning writer, television producer, and photojournalist, and an associate professor of journalism at the University of Connecticut. As a reporter for CBS News, the Atlanta Journal-Constitution, Newsweek, the Independent, and the Guardian, Wallace covered the civil wars in El Salvador, Nicaragua, and Guatemala throughout the 1980s, as well as the U.S. invasion of Panama in 1989. His work has been published in the New York Times, National Geographic, Harper’s and Smithsonian, among many others. His photography has appeared in magazines and newspapers throughout the world and is represented by Getty Images. He is the author of the bestselling book, The Unconquered: In Search of the Amazon’s Last Uncontacted Tribes, and is the recipient of the Explorers Club’s Lowell Thomas Award for excellence in reporting from the field.