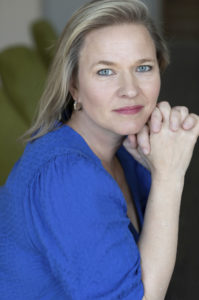 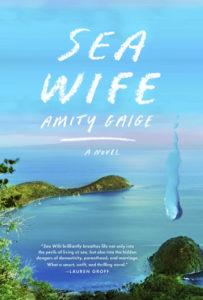 Join us for an evening with AMITY GAIGE as she talks about her latest novel SEA WIFE, a smart, sophisticated literary page-turner about a young family that escapes suburbia for a year-long sailing trip that upends all of their lives.

SEA WIFE is told in gripping dual perspectives: Juliet’s first-person narration, after the journey, as she struggles to come to terms with the dire, life-changing events that unfolded at sea; and Michael’s captain’s log–that provides a riveting, slow-motion account of those same inexorable events. Exuberant, harrowing, witty, and exquisitely written, Sea Wife is impossible to put down. A wholly original take on one of our oldest stories–survival at sea—it also asks a pertinent question for our polarized political moment: How does a crew with deep philosophical differences and outmoded gender roles bring a ship safely to shore?

Gaige is the author of three novels, O My Darling, The Folded World, and Schroder, which was short-listed for the Folio Prize in 2014. Published in eighteen countries, Schroder was named one of best books of 2013 by The New York Times Book Review, The Huffington Post, Washington Post, The Wall Street Journal, Kirkus Reviews, The Women’s National Book Association, Cosmopolitan, Denver Post, The Buffalo News, The Millions, Amazon, Bookmarks, and Publisher’s Weekly, among others. Gaige is the recipient of many awards for her previous novels, including Foreword Book of the Year Award for 2007; and in 2006, she was named one of the “5 Under 35” outstanding emerging writers by the National Book Foundation. She has a Fulbright and a Guggenheim Fellowship, and residencies at MacDowell and Yaddo. Her work has appeared in The Guardian, The New York Times, the Literary Review, The Yale Review, and One Story. She lives in  Hartford, Connecticut with her family.

A book sale (copies of SEA WIFE are $26.95) and signing will follow Gaige’s talk.

Tickets are $5; get yours here!