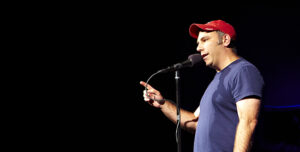 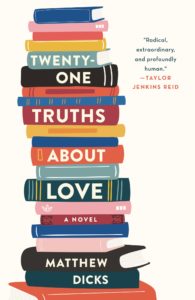 Eight reasons you should come hear Matthew Dicks talk about his brand-new novel TWENTY-ONE TRUTHS ABOUT LOVE, a heartfelt story — told entirely in list form — about the lengths one man will go to and the risks he will take to save his family: