Bros Before Prose: Twichell and Twain 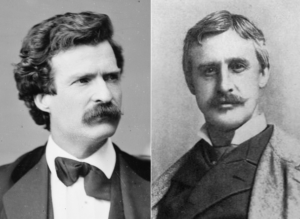 Celebrate the 40-Year Friendship of The Rev. Joseph Twichell and Mark Twain

Reception at 5 p.m. with cake and cash bar

They were as close as brothers, their families socialized, and Twichell influenced the celebrated writer’s work.

Steve Courtney, curatorial consultant and author of Joseph Hopkins Twichell: The Life and Times of Mark Twain’s Closest Friend; Craig Hotchkiss, former Director of Education at the Twain house who gives living history tours as Twichell; and Dr. Andrew Walsh of Trinity College, who studies the social and religious role of Hartford’s clergy in the late 19th century, are on the panel.

Programs at The Mark Twain House & Museum are made possible in part by support from the Connecticut Department of Economic and Community Development, Office of the Arts, and the Greater Hartford Arts Council’s United Arts Campaign.