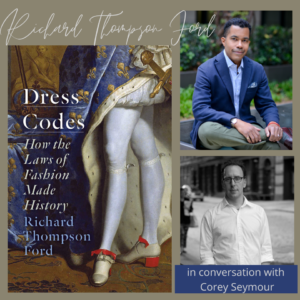 Dress codes are as old as clothing itself. For centuries, clothing has been a wearable status symbol; fashion, a weapon in struggles for social change; and dress codes, a way to maintain political control. Merchants dressing like princes and butchers’ wives wearing gem-encrusted crowns were public enemies in medieval societies structured by social hierarchy and defined by spectacle. In Tudor England, silk, velvet, and fur were reserved for the nobility, and ballooning pants called “trunk hose” could be considered a menace to good order. The Renaissance-era Florentine patriarch Cosimo de Medici captured the power of fashion and dress codes when he remarked, “One can make a gentleman from two yards of red cloth.” Dress codes evolved along with the social and political ideals of the day, but they always reflected struggles for power and status. In the 1700s, South Carolina’s “Negro Act” made it illegal for Black people to dress “above their condition.” In the 1920s, the bobbed hair and form-fitting dresses worn by free-spirited flappers were banned in workplaces throughout the United States, and in the 1940s, the baggy zoot suits favored by Black and Latino men caused riots in cities from coast to coast.

Even in today’s more informal world, dress codes still determine what we wear, when we wear it—and what our clothing means. People lose their jobs for wearing braided hair, long fingernails, large earrings, beards, and tattoos or refusing to wear a suit and tie or make-up and high heels. In some cities, wearing sagging pants is a crime. And even when there are no written rules, implicit dress codes still influence opportunities and social mobility. Silicon Valley CEOs wear t-shirts and flip-flops, setting the tone for an entire industry: women wearing fashionable dresses or high heels face ridicule in the tech world, and some venture capitalists refuse to invest in any company run by someone wearing a suit.In Dress Codes, law professor and cultural critic Richard Thompson Ford presents a “deeply informative and entertaining” (The New York Times Book Review) history of the laws of fashion from the middle ages to the present day, a walk down history’s red carpet to uncover and examine the canons, mores, and customs of clothing—rules that we often take for granted. After reading Dress Codes, you’ll never think of fashion as superficial again—and getting dressed will never be the same.

Signed copies of Dress Codes will be available for purchase through the Mark Twain Store; proceeds benefit The Mark Twain House & Museum. Books will be shipped after the event. We regret that we are NOT able to ship books outside the United States as it is cost-prohibitive to do so.

Richard Thompson Ford is the George E. Osborne Professor of Law at Stanford Law School. An expert on civil rights and antidiscrimination law, he has distinguished himself as an insightful voice and compelling writer on questions of race and multiculturalism. His scholarship combines social criticism and legal analysis and he writes for both popular readers and for academic and legal specialists. He has written for the Washington Post, San Francisco Chronicle, Christian Science Monitor and for Slate, where he is a regular contributor. His most recent books include “Rights Gone Wrong: How Law Corrupts the Struggle for Equality” which The New York Times Sunday Book Review selected as one of the “100 Notable Books of 2011.” In 2012 ON BEING A BLACK LAWYER selected him as one of the 100 Most Influential Black Lawyers in the Nation.

Corey Seymour is a senior editor at Vogue and the author, with Jann Wenner, of Gonzo: The Life of Hunter S. Thompson.