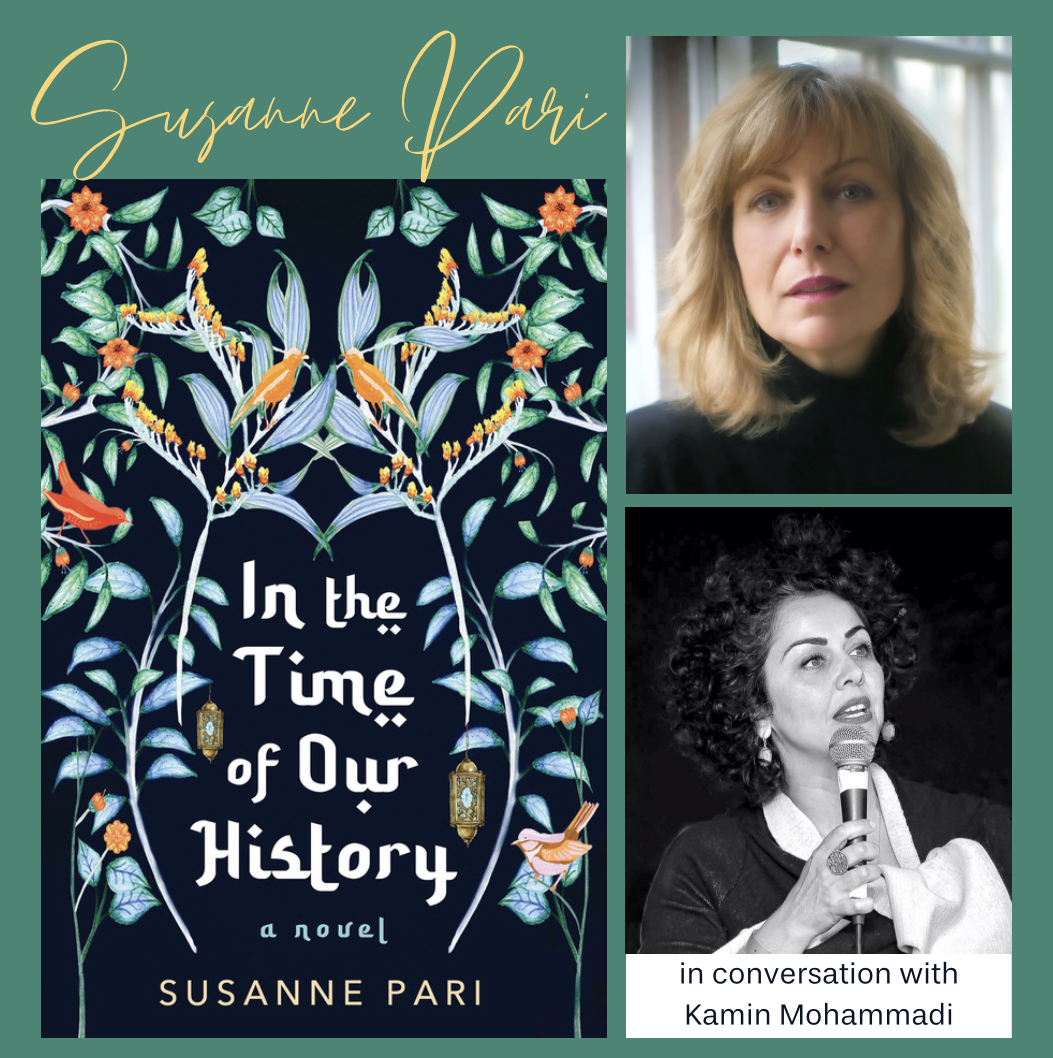 An intimate yet universal story, IN THE TIME OF OUR HISTORY is a novel that explores the entangled lives within an Iranian American family. We follow Mitra Jahani as she returns to her parents’ New Jersey home to honor her sister’s One Year – the Persian tradition of marking the first anniversary of someone’s death—and how she experiences the tensions between family and duty, tradition and identity, expectations and desires. It is a story about home and the roles of women within it and what happens when we release cultural expectations around these roles.

Copies of IN THE TIME OF OUR HISTORY are available for purchase through the Mark Twain Store; proceeds benefit The Mark Twain House & Museum. Books will be shipped after the event. We regret that we are NOT able to ship books outside the United States as it is cost-prohibitive to do so.

Susanne Pari is an Iranian American novelist, journalist, essayist, and book reviewer. Born in New Jersey to an Iranian father and an American mother, she grew up both in the United States and Iran until the 1979 Islamic Revolution forced her family into permanent exile.

Her first novel, The Fortune Catcher has been translated into six languages and her non-fiction writing has appeared in The New York Times Sunday Magazine, The Christian Science Monitor, The Boston Globe, The San Francisco Chronicle, National Public Radio, and Medium. A former Program Director for Book Expo, she is a member of the National Book Critics Circle, the Author’s Guild, the San Francisco Writers’ Grotto, and the Castro Writers’ Cooperative, she serves on the board of the Lakota Children’s Enrichment Writing Project and is an alumna of the Hedgebrook Writing Residency.

She blogs occasionally for the Center for Iranian Diaspora Studies and divides her time between Northern California and New York.

Kamin Mohammadi is an author, a journalist, broadcaster, public speaker, teacher, and cultural curator. Born in Iran, she moved to the UK during the 1979 Iranian Revolution. She is a prolific journalist and writer who has written for the British, Italian and international press including The Times, the Financial Times, The Guardian, Harpers Bazaar, Marie Claire, Vogue, GQ, GQ Style, Men’s Health, The Sunday Times (UK), The Sunday Times of India, The Mail on Sunday, Virginia Quarterly Review and the Soho House magazine as well as co-authoring The Lonely Planet Guide to Iran and numerous other travel guidebooks.

Her journalism has been nominated for an Amnesty Human Rights in Journalism award in the UK, and for a National Magazine Award in the best essay category by the American Society of Magazine Editors in the U.S.

Kamin has authored two books: BELLA FIGURA: HOW TO LIVE, LOVE AND EAT THE ITALIAN WAY (published in 16 countries and in development as a television series); and THE CYPRESS TREE: A LOVE LETTER TO IRAN (Bloomsbury in UK, Piemme in Italy).