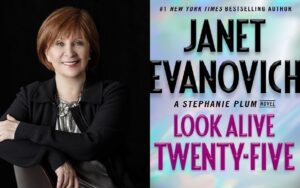 Author Janet Evanovich celebrates the publication of her 25th Stephanie Plum novel, Look Alive Twenty-Five. Join her in conversation with humor author and UConn professor Gina Barreca as they talk about her successful writing career. A copy of the new book is included.

Tickets are $40 and include a copy of the book.

Programs at The Mark Twain House & Museum are made possible in part by support from the Connecticut Department of Economic and Community Development, Office of the Arts, and the Greater Hartford Arts Council’s United Arts Campaign.