Join us for a special book launch with the #1 New York Times bestselling author Kyle Mills on the release date of his new novel Total Power featuring Vince Flynn’s counter-terror operative Mitch Rapp. After Flynn’s death in 2013, Mills grabbed the reins on this pulse-quickening series of thrillers, adding new adventures for Mitch Rapp fans to enjoy.

Mills will be joined in conversation by local mystery writer Chris Knopf. 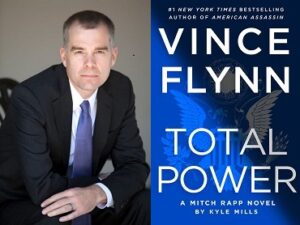 In the newest thriller from the #1 New York Times bestselling Mitch Rapp series, it’s a race against the clock when ISIS takes down the entire US power grid and throws America into chaos. Can Rapp get the lights back on before America descends irretrievably into chaos?

Kyle Mills is the #1 New York Times bestselling author of 21 books, including five previous Mitch Rapp novels, The Survivor, Order to Kill, Enemy of the State, Red War, and last year’s #1 New York Times bestseller Lethal Agent, in which a bioterrorism plot threatens to kill millions in the midst of a divisive presidential election.He has written the popular Mitch Rapp series since its creator Vince Flynn died in 2013.

Total Power is the 19th book featuring counter-terrorism operative Mitch Rapp. All 14 books that Vince Flynn wrote before his death were New York Timesbestsellers; 3 of them reached the top of the New York Times bestseller list. Nearly 75 million Vince Flynn books have been sold worldwide. 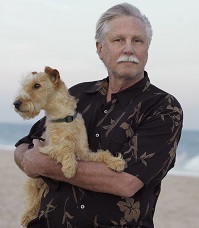 Tickets for this event are $30. A copy of Total Power is included in the ticket price, as is shipping. Proceeds benefit The Mark Twain House & Museum.The first 50 people to register will receive a SIGNED copy of TOTAL POWER and a Christmas card designed exclusively for this event. REGISTER HERE. 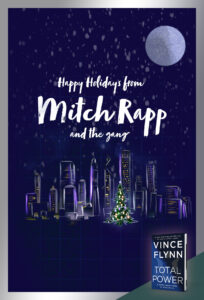 The Mark My Words series is made possible by the Wish You Well Foundation.

CT Public — WNPR is the media sponsor for the Mark My Words series.