Join us for an exciting evening with author and executive producer Michael Connelly as he sits down with author and journalist Douglas Preston to discuss his latest novel in the Lincoln Lawyer series, The Law of Innocence. 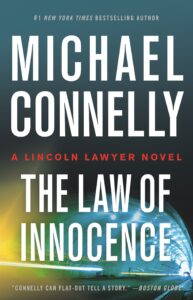 For the first time since The Gods of Guilt, defense attorney Mickey Haller is in his element in the courtroom in Michael Connelly’s The Law of Innocence. But this time, the underdog client Mickey must defend is himself. Yes, the Lincoln Lawyer has been charged with murder after police find the body of a former client in his trunk. Unable to make his exorbitant bail, Haller must build his own defense from behind bars.

The Lincoln Lawyer is one of the most popular legal thriller series ever written, selling millions of copies and garnering scores of critical raves. It inspired a film starring Matthew McConaughey, and a TV series is in the works. Readers have been eagerly awaiting the next brilliant installment, and with The Law of Innocence Connelly delivers a nail-biting page-turner as Mickey Haller quite literally fights for his life.

Tickets are $5; registrants who purchase a signed copy of The Law of Innocence through our Museum Store will receive FREE SHIPPING. We regret that we are NOT able to ship books outside the United States at this time. Register here.

Michael Connelly is the executive producer of Bosch, an original drama series based on his bestselling character Harry Bosch, starring Titus Welliver. He is the 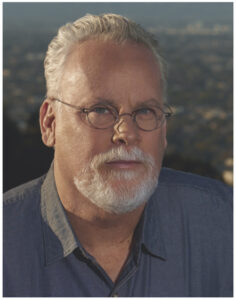 creator and host of the podcast Murder Book (over 3.5 million downloads). The hotly anticipated second season of the podcast will launch October 5. He is also executive producer of the documentary films Sound of Redemption: The Frank Morgan Story and Tales of the American.

Connelly is the author of thirty-four previous novels, including the Harry Bosch series, the Lincoln Lawyer series, and the Renée Ballard series. His very first novel, The Black Echo, won the prestigious Mystery Writers of America Edgar Award. His #1 New York Times bestsellers include The Night Fire, Dark Sacred Night, Two Kinds of Truth, and The Late Show, among many others. 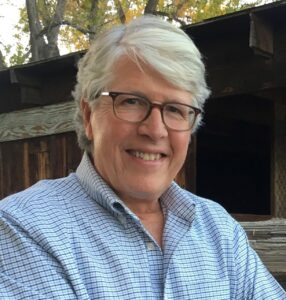 Douglas Preston is the co-author with Lincoln Child of the celebrated Pendergast series of novels, including such bestselling titles as Fever Dream, The Book of the Dead, The Wheel of Darkness, and Relic, which became a number one box office hit movie. His solo novels include the New York Times bestsellers Impact, Blasphemy, The Codex, and Tyrannosaur Canyon. Preston is an expert long-distance horseman, a member of the elite Long Riders Guild, and a Fellow of the Royal Geographical Society. He has travelled to remote parts of the world as an archaeological correspondent for The New Yorker. He also worked as an editor and writer at the American Museum of Natural History in New York and taught nonfiction writing at Princeton University. Preston is on the Board of Directors for International Thriller Writers, and serves on the Governing Council of the Authors Guild.