Mark My Words: Susannah Cahalan Talks About Mental Health In “The Great Pretender” 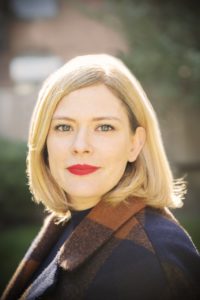 Since her bestselling memoir Brain on Fire, where she chronicles her own struggles with modern medicine after being misdiagnosed with a serious mental illness, author and journalist Susannah Cahalan has become a leading voice on the treatment of mental illness in America. Brain on Fire has sold over a million copies, spent 52 weeks on the New York Times bestseller list and was made into a feature film.

In her new book, The Great Pretender: The Undercover Mission That Changed Our Understanding of Madness, she begins with a 1973 experiment by a Stanford psychologist named David Rosenhan and seven other people–sane, normal, well-adjusted members of society–who went undercover into asylums around America to test the legitimacy of psychiatry’s labels. Forced to remain inside until they’d “proven” themselves sane, all eight emerged with alarming diagnoses and even more troubling stories of their treatment. Rosenhan’s watershed study broke open the field of psychiatry, closing down institutions and changing mental-health diagnosis forever.

But, as Cahalan’s explosive new research shows, very little in this saga is exactly as it seems. What really happened behind those closed asylum doors, and what does it mean for our understanding of mental illness today?

The talk will be moderated by Harold I. (Hank) Schwartz, M.D.  who is the Psychiatrist-in-Chief Emeritus at the Institute of Living/Hartford Hospital and formerly served as Vice President, Behavioral Health at Hartford Healthcare.  He is Professor of Psychiatry at the University of Connecticut School of Medicine and Adjunct Professor of Psychiatry at the Yale University School of Medicine.

A book sale and signing follows the talk. Tickets are $20. Buy here.