MEET ME BY THE FOUNTAIN with Alexandra Lange (VIRTUAL) 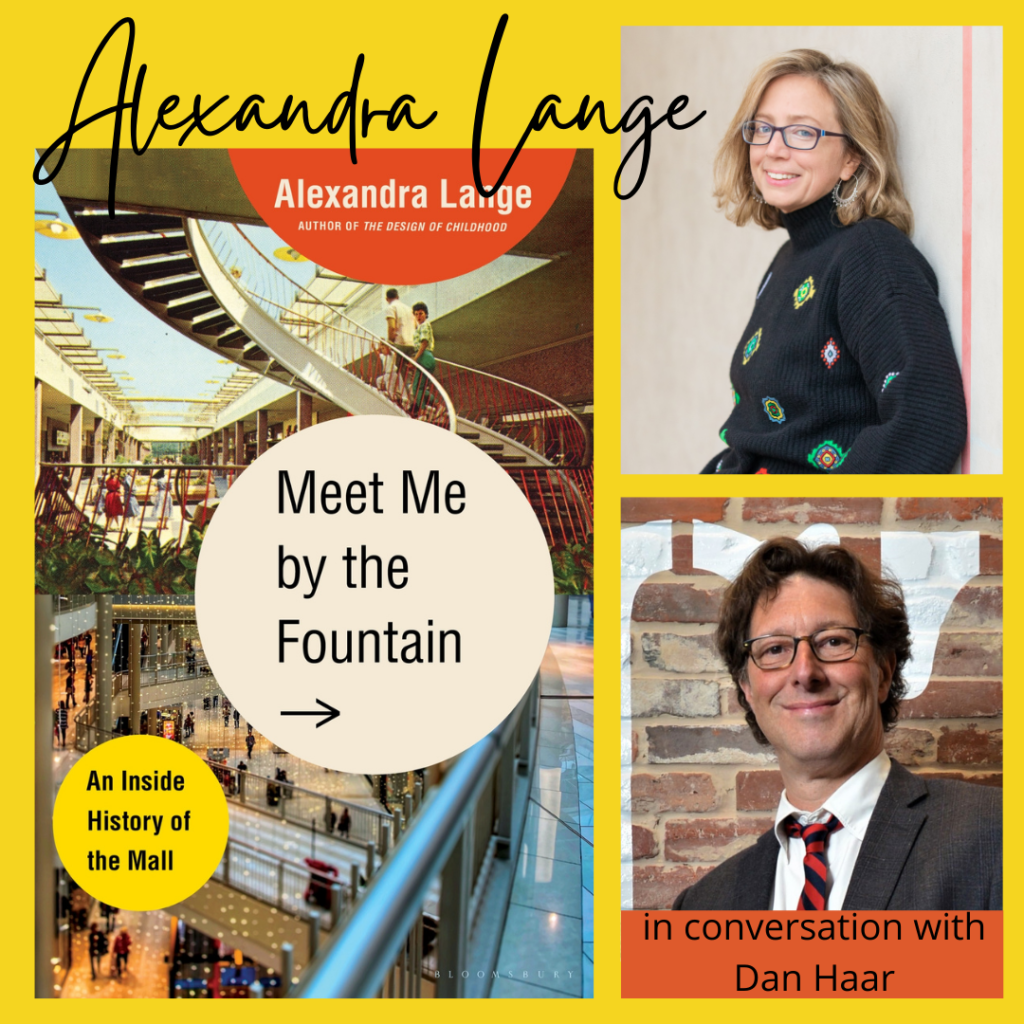 The Mark Twain House & Museum is excited to host design critic and author Alexandra Lange on her new book MEET ME BY THE FOUNTAIN, a portrait–by turns celebratory, skeptical, and surprisingly moving–of one of America’s most iconic institutions. Alexandra is joined in conversation by Columnist and Associate Editor Dan Haar.

Few places have been as nostalgized, or as maligned, as malls. Since their birth in the 1950s, they have loomed large as temples of commerce, the agora of the suburbs. In their prime, they proved a powerful draw for creative thinkers such as Joan Didion, Ray Bradbury, and George Romero, who understood the mall’s appeal as both critics and consumers. Yet today, amid the aftershocks of financial crises and a global pandemic, as well as the rise of online retail, the dystopian husk of an abandoned shopping center has become one of our era’s defining images. Conventional wisdom holds that the mall is dead. But what was the mall, really? And have rumors of its demise been greatly exaggerated?

Copies of MEET ME BY THE FOUNTAIN signed by the author are available for purchase through the Mark Twain Store; proceeds benefit The Mark Twain House & Museum. Books will be shipped after the event. We regret that we are NOT able to ship books outside the United States as it is cost-prohibitive to do so.

Alexandra Lange is a design critic whose essays, reviews, and profiles have appeared in numerous design publications including Architect, Harvard Design Magazine, Metropolis, and T Magazine, as well as in The Atlantic, New York Magazine, The New Yorker, and the New York Times. She is a columnist for Bloomberg CityLab, and has been a featured writer at Design Observer, an opinion columnist at Dezeen, and the architecture critic for Curbed.

Her previous book, The Design of Childhood: How the Material World Shapes Independent Kids was published by Bloomsbury USA in 2018. Alexandra is also the author of Writing About Architecture: Mastering the Language of Buildings and Cities (Princeton Architectural Press, 2012), a primer on how to read and write architecture criticism, as well as the e-book The Dot-Com City: Silicon Valley Urbanism (Strelka, 2012), which considers the message of the physical spaces of Facebook, Google, and Apple.

Dan Haar is a Columnist and Associate Editor at Hearst Connecticut Media, writing about the intersection of business, public policy, and politics and how the issues affect the people of Connecticut.