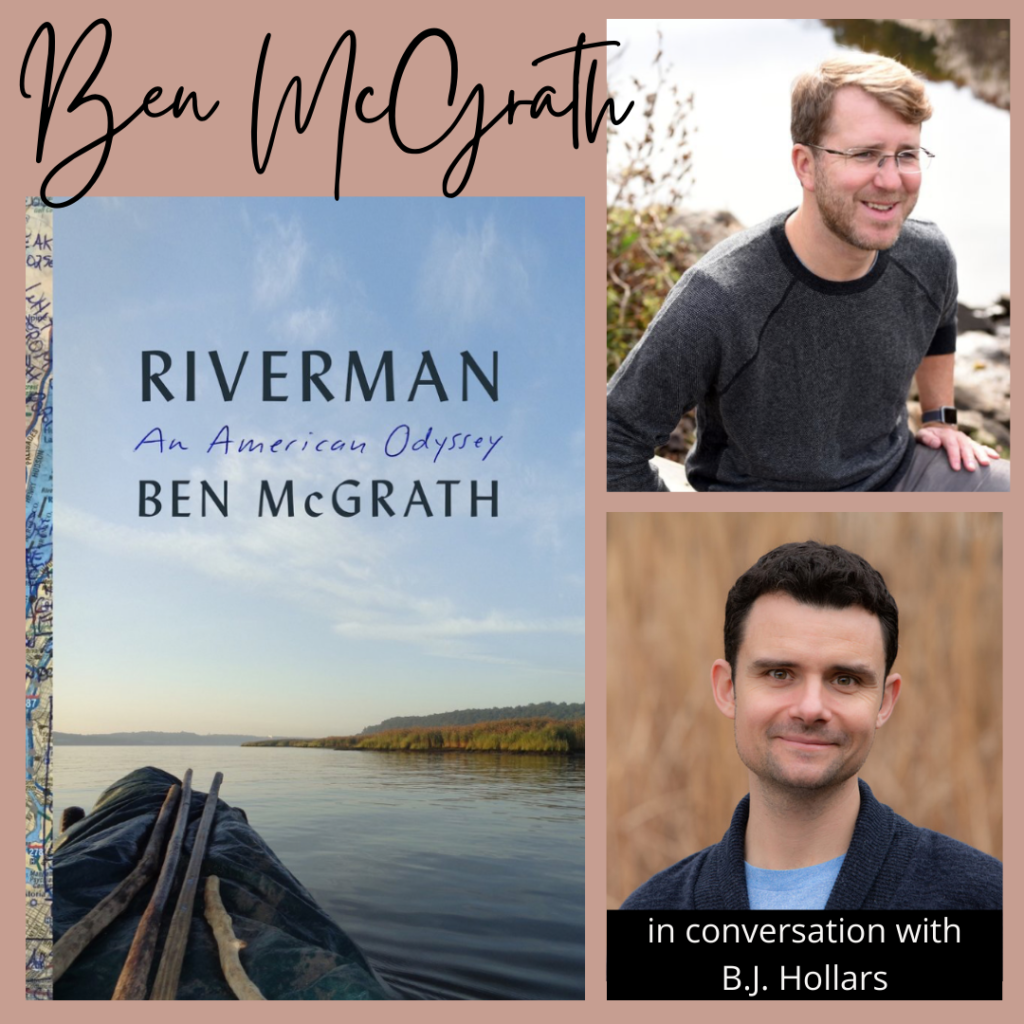 The New Yorker’s Ben McGrath joins author and University of Wisconsin Eau Clair Professor B.J. Hollars to discuss Riverman, a book The New York Times says, “belongs on the shelf next to Jon Krakauer’s Into the Wild.”

The riveting true story of Dick Conant, an American folk hero who, over the course of more than twenty years, canoed solo thousands of miles of American rivers—and then disappeared near the Outer Banks of North Carolina. This book “contains everything: adventure, mystery, travelogue, and unforgettable characters” (David Grann, best-selling author of Killers of the Flower Moon).

For decades, Dick Conant paddled the rivers of America, covering the Mississippi, Yellowstone, Ohio, Hudson, as well as innumerable smaller tributaries. These solo excursions were epic feats of planning, perseverance, and physical courage. At the same time, Conant collected people wherever he went, creating a vast network of friends and acquaintances who would forever remember this brilliant and charming man even after a single meeting.

Ben McGrath, a staff writer at The New Yorker, was one of those people. In 2014 he met Conant by chance just north of New York City as Conant paddled down the Hudson, headed for Florida. McGrath wrote a widely read article about their encounter, and when Conant’s canoe washed up a few months later, without any sign of his body, McGrath set out to find the people whose lives Conant had touched–to capture a remarkable life lived far outside the staid confines of modern existence.

Riverman is a moving portrait of a complex and fascinating man who was as troubled as he was charismatic, who struggled with mental illness and self-doubt and was ultimately unable to fashion a stable life for himself; who traveled alone and yet thrived on connection and brought countless people together in his wake. It is also a portrait of an America we rarely see: a nation of unconventional characters, small river towns, and long-forgotten waterways.

Copies of RIVERMAN: An American Odyssey signed by the author are available for purchase through the Mark Twain Store; proceeds benefit The Mark Twain House & Museum. Books will be shipped after the event. We regret that we are NOT able to ship books outside the United States as it is cost-prohibitive to do so.

Ben McGrath is a longtime staff writer for The New Yorker. His work has been featured in Best American Sports Writing, Best American Science Writing, and Best of Technology Writing, among other anthologies. He lives outside of New York City in a small town on the Hudson with his wife and two children. This is his first book.

Hollars is the recipient of the Truman Capote Prize for Literary Nonfiction, the Anne B. and James B. McMillan Prize, the Council of Wisconsin Writers’ Blei-Derleth Award, and the Society of Midland Authors Award.