THE LIFE OF CRIME: An Afternoon Conversation with Martin Edwards and Shawn Reilly Simmons (VIRTUAL) 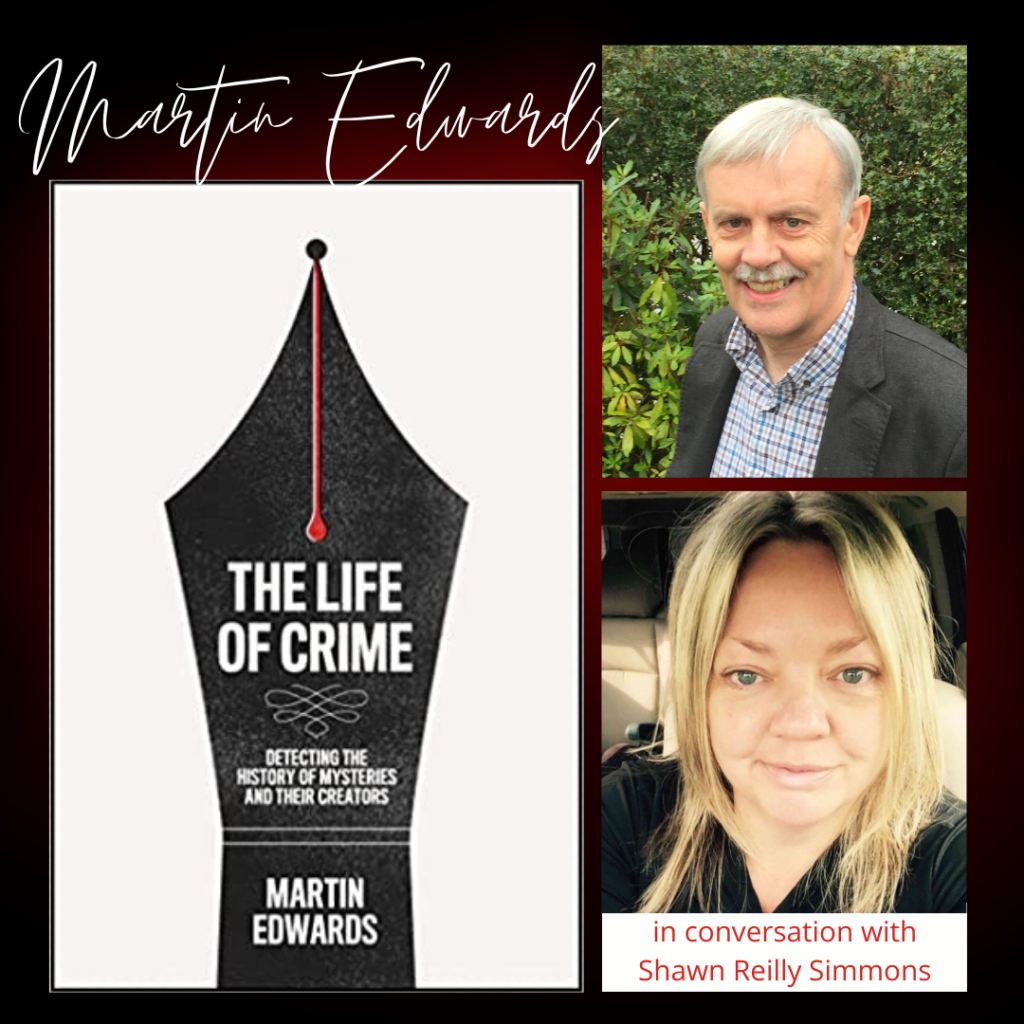 In the first major history of crime fiction in fifty years, The Life of Crime: Detecting the History of Mysteries and their Creators traces the evolution of the genre from the eighteenth century to the present, offering brand-new perspective on the world’s most popular form of fiction.

The Life of Crime is the result of Martin Edwards’ lifetime of reading and enjoying all types of crime fiction, old and new, from around the world. In what will surely be regarded as his magnum opus, Edwards has thrown himself undaunted into the breadth and complexity of the genre to write an authoritative – and readable – study of its development and evolution. With crime fiction being read more widely than ever around the world, and with individual authors increasingly the subject of extensive academic study, his expert distillation of more than two centuries of extraordinary books and authors – from the tales of E.T.A. Hoffmann to the novels of Patricia Cornwell – into one coherent history is an extraordinary feat and makes for compelling reading.

Copies of THE LIFE OF CRIME signed by the author are available for purchase through the Mark Twain Store; proceeds benefit The Mark Twain House & Museum. Books will be shipped after the event. We regret that we are NOT able to ship books outside the United States as it is cost-prohibitive to do so.

Martin Edwards acts as a consultant after thirty years as an equity partner of his firm as a solicitor. He published his first legal article at the age of 25 and his first book about legal aspects of buying a business computer, at 27. A member of the Murder Squad collective of crime writers, Martin became the longest-serving Chair of the Crime Writers’ Association since its founder John Creasey. In 2015 he was elected eighth President of the Detection Club; his predecessors include G.K. Chesterton, Dorothy L. Sayers, and Agatha Christie. He is Archivist of the CWA and of the Detection Club and consultant to the British Library’s Crime Classics.

Shawn Reilly Simmons has been involved in the mystery writing community for close to twenty years as an organizer of Malice Domestic, the Traditional Mystery convention that takes place in the Washington D.C. area each spring. Shawn is the author of seven novels in The Red Carpet Catering mystery series, and is a prolific short story writer, with her work appearing in a variety of well-regarded anthologies. In 2020, Shawn won the Agatha Award for her story “The Last Word” and the Anthony Award as co-editor of the anthology in which it appeared, MALICE DOMESTIC 14: MYSTERY MOST EDIBLE.

A member of the Dames of Detection, Shawn is co-editor/publisher at Level Best Books, an independent mystery press based in Maryland that publishes quality crime fiction novels and anthologies.

Shawn is a member of Sisters in Crime, Mystery Writers of America, the Crime Writers’ Association, and International Thriller Writers. She is a regular attendee, panelist, and moderator at mystery events like Malice Domestic, Bouchercon, New England Crime Bake, Writers’ Police Academy, and the Suffolk Mystery Festival. Shawn has been invited by the Scottish Association of Writers to adjudicate their 2021 Short Story Competition and teach a workshop on novel vs. short story writing.