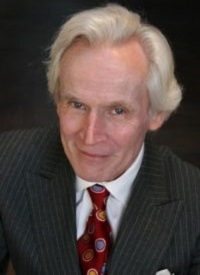 THIS EVENT HAS BEEN POSTPONED UNTIL FURTHER NOTICE.

Alan Pell Crawford is a journalist, political analyst and author,of How Not to Get Rich: The Financial Misadventures of Mark Twain, which was excerpted in The Paris Review and reviewed by the Wall Street Journal and The New Yorker.

Crawford is an accomplished author and speaker on history and politics.  His first book was Thunder on the Right: The ‘New Right’ and the Politics of Resentment. He followed that with Unwise Passion: a True Story of a Remarkable Woman and the First Great Scandal of Eighteenth-Century America, about the life of Nancy Randolph. Twilight at Monticello: The Final Years of Thomas Jefferson is his third book.

Crawford has been a resident scholar at George Washington’s Mount Vernon, the International Center for Jefferson Studies at Monticello, and the Boston Athenaeum.