The True Flag: Theodore Roosevelt, Mark Twain, and the Birth of the American Empire 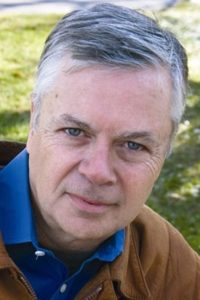 Author and journalist Stephen Kinzer will speak on his recent book on a forgotten political debate that set America’s interventionist course in the world for the twentieth century and beyond – a debate in which Mark Twain was a crucial player. At the dawn of that century, when the United States first found itself with the chance to dominate faraway lands, the prospect thrilled some Americans and horrified others. Theodore Roosevelt, Henry Cabot Lodge, and William Randolph Hearst pushed for imperial expansion; Twain, Booker T. Washington, and Andrew Carnegie preached restraint. The New York Review of Books praised the book’s premise that  “the first debate over American empire at the end of the nineteenth century speaks to our own time.”

Stephen Kinzer is the author of The Brothers, Reset, Overthrow, All the Shah’s Men, and other books. An award-winning foreign correspondent, he served as Latin America correspondent for the Boston Globe and as the New York Times bureau chief in Nicaragua, Germany, and Turkey. He is a senior fellow at the Watson Institute for International and Public Affairs at Brown University and writes a column on world affairs for the Boston Globe. He lives in Boston.

Reception with light refreshments 5 p.m., lecture 5:30 p.m. While this event is free, pre-registration is required.

A book sale and signing follows the talk.
Register here.