In a forthcoming essay, Hsuan Hsu aims to better understand how Twain’s olfactory humor stages a little-explored aspect of Twain’s realism: the materiality of socially and geographically stratified atmospheres.

During his lecture for the second Trouble at Home of the season, Hsu will begin by surveying Twain’s scattered comments on the smells of rotting fish, the stench of Chinatowns, working-class odors bodies in a church congregation, plague-ridden corpses, and diseased immigrant bodies. In examples such as these, olfactory disjunctions establish a realist sense of atmosphere as a medium that intangibly structures social and economic life.

The second half of his lecture will offer an extensive reading of “The Invalid’s Story,” a humorous story in which Twain offers an extended gag associating the smell of Limburger cheese with a rotting corpse. The story complicates Twain’s realist treatments of smell by emphasizing both psychological determinants and its material connections with fermentation and human microbiomes. 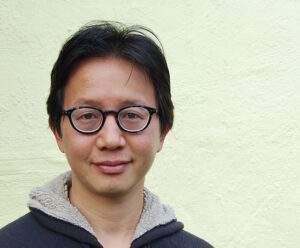 Hsuan L. Hsu is a Professor of English at the University of California, Davis. He is the author of Geography and the Production of Space in Nineteenth-Century American Literature (Cambridge), The Smell of Risk: Environmental Disparities and Olfactory Aesthetics (NYU), and Sitting in Darkness: Mark Twain’s Asia and Comparative Racialization (NYU), and the editor Mark Twain’s Pudd’nhead Wilson and Those Extraordinary Twins (Broadview).