Throughout Samuel Clemens’s – Mark Twain’s — lifetime, which stretched from 1835 to 1910, epidemics were a part of family life in all the locales where he settled and traveled: Missouri, the West, Europe, the Middle East, and Hartford, Connecticut. 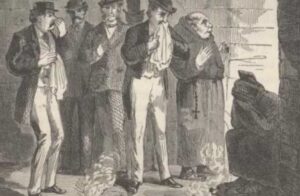 Twain had intimate experiences with the epidemics that, long before vaccines and antibiotics existed, plagued his world. From his childhood bout with measles in Hannibal, which he says started him on his literary career; through the cholera epidemic quarantine that he defied to visit the Parthenon in Greece; through the fears of miasmic sewer gas that led him to redo the plumbing in his Hartford home, his life was led in the shadow of unrestricted infection.

No one is better equipped to discuss this topic, along with the many other medical aspects of the Clemens family’s life, than K. Patrick Ober, M.D., a longtime friend of The Mark Twain House & Museum. His Mark Twain and Medicine: “Any Mummery Will Cure” (University of Missouri Press, 2003) is a classic. It covers all the aspects of Twain’s medical life; his whole family’s complex health issues; and their fascination, and participation in, fringe cures.

On Thursday, July 9, at 5:30 p.m. Dr. Ober will speak on “Mark Twain and Epidemics.” He will be the fifth interviewee in “Trouble at Home,” the online series that, for the moment, is taking on the role of the museum’s beloved 10-year-old series “The Trouble Begins at 5:30.” (The series title plays off Twain’s own lecture posters, which advertised “The Trouble Begins at Eight.”) He will be interviewed by Mark Twain House historian and founder of the “Trouble Begins” series Steve Courtney. 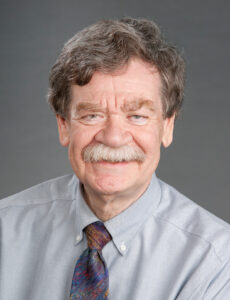 K. Patrick Ober is Professor of Internal Medicine (Endocrinology and Metabolism) at the Wake Forest School of Medicine in Winston- Salem, North Carolina. Dr. Ober is interested in the relationship between the humanities and the practice of medicine, and he has written about the dehumanizing properties of the electronic medical record. He is an internationally recognized Mark Twain scholar, and along with Mark Twain and Medicine has published many other commentaries on Twain and medicine. Dr. Ober has been recognized as one of the “Best Doctors in America” on repeated occasions. He was nominated for the 2007 Humanism in Medicine Award of the Association of American Medical Colleges.