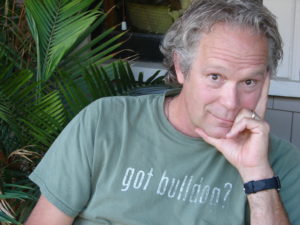 Rand Richards Cooper is the author of two works of fiction, The Last to Go and Big As Life. His writing has appeared in The New Yorker, Harper’s, GQ, Esquire, The Altantic, and many other magazines, and in Best American Short Stories. He has been Writer-in-Residence at Amherst and Emerson colleges. A longtime writer for Bon Appétit and the New York Times, and a former blogger for DisneyFamily.com, Rand lives in Hartford with his wife Molly and their daughter Larkin. He is a contributing editor at Commonweal Magazine, writes a monthly column, “In Our Midst,” for Hartford Magazine, and is a frequent guest on WNPR’s Colin McEnroe Show.

Reception with wine and light snacks at 5:30 pm, talk begins 6:00 pm. A book signing will follow the talk.