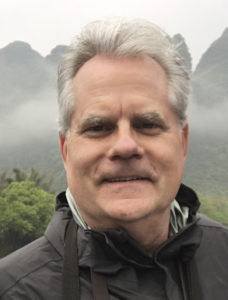 Scott Wallace is a writer, photographer, broadcast journalist and public speaker who covers the environment, vanishing cultures, and  conflict over land and resources in the world’s volatile frontier regions. He is a former Central America correspondent for CBS News,  Newsweek, and the Guardian.

He is the author of The Unconquered: In Search of the Amazon’s Last Uncontacted Tribes.

Wallace’s assignments have taken him on expeditions into the Himalayas, the Andes and the Amazon, and from the Alaskan Arctic to the clandestine arms bazaars of the former Soviet Union. He has written several feature stories for National Geographic, and his writings about war, revolution, international organized crime, and indigenous cultures have also appeared in Harper’s, Grand Street, National Geographic Adventure, Smithsonian, the Village Voice, and Sports Afield.

His photography has been featured in Smithsonian, National Geographic Traveler, Outside, Details, Interview, Sports Afield, the New York Times, and Newsweek, and his television producing credits include CBS, CNN, Fox News, and National Geographic Channel.

The evenings begin at 5:30 p.m. with light refreshments cash-only wine, and beer. Readings and discussions start at 6 p.m.