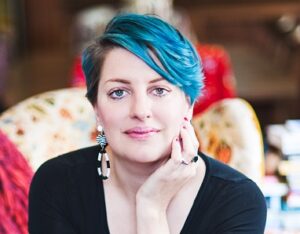 Susan Harlan’s work has appeared in venues including The Guardian US, The Paris Review Daily, Guernica, Roads & Kingdoms, Literary Hub, The Common, Racked, The Brooklyn Quarterly, Atlas Obscura, Nowhere, The Bitter Southerner, and Public Books, and her book Luggage was published by Bloomsbury last March. She also writes satire for McSweeney’s Internet Tendency, The Billfold, Avidly, Queen Mob’s Tea House, The Hairpin, The Belladonna, Janice, and The Establishment. Her humor book Decorating a Room of One’s Own: Conversations on Interior Design with Miss Havisham, Jane Eyre, Victor Frankenstein, Elizabeth Bennet, Ishmael, and Other Literary Notables (Abrams, 2018), which began as a column for The Toast, won the Mark Twain House & Museum Royal Nonesuch Humor Writing Contest in 2017. She teaches English literature at Wake Forest University.

Not a writing class, not a writing workshop, just three hours of uninterrupted writing time in Mark Twain’s own library. Join a select handful of fellow scribblers to write, reflect, and plot whatever piece of literature you’re working on. The space is quiet, except for the burbling fountain in the nearby conservatory, and infused with Mark Twain’s spirit. Don’t miss this very special opportunity. Laptops are welcome, but there is NO WI-FI; make sure you charge up before you come, as we have no power outlets to offer. Pencils only, please; no pens permitted!