The plantings at the center of the curved drive where carriages and sleighs turned around to return to Farmington Avenue are on the site of one of the best-documented gardens kept by the Clemenses. In an autobiographical dictation in 1906, Clemens described the driveway: “This was a single road, and was like a spoon whose handle stretched from the gate to a great round flower-bed in the neighborhood of the stable. At the approach to the flower-bed the road divided and circumnavigated it, making a loop.”

The garden you see today is historically correct, not only because it contains plants popular in that era, but also because it follows Victorian design principles. The plantings are in a geometric form, following the precepts of prominent garden designer Beatrix Farrand (1872-1959). The famed Sunken Garden at Farmington’s Hill-Stead Museum is her work.

The Turn-Around Garden is dedicated to Gail and Ed Thibodeau, two of the museum’s garden volunteers. Gail and Ed wanted a “project” and they took on the restoration of this garden. They removed the tree and shrubs, purchased the urn at the center, amended the soil, helped with the design, and planted perennials and annuals that are “historically correct” for the time when the Clemens family lived in their Hartford home.  They continue to fund this project and do much of the maintenance on this garden.

Near the Turn-Around Garden, along the north side of the Carriage House, you’ll find a smaller garden containing shade-loving and shade-tolerant plants that are historically correct for the Victorian period.

Begonia is one of the largest genera of flowers in the world–there are over 2,000 different kinds! Begonias are perennial tropical or subtropical plants; the ones in the gardens at the museum are called rex begonias because they were originally cultivated from wild flowers of the same name.

Peter Henderson described rex begonias as “the most ornamental of the species,” but believed “All the species of Begonia are interesting beautiful winter ornaments of the hot-house.” When the Clemenses lived here, their gardeners may have cultivated begonias in the greenhouse on the large lawn in front of the house. Henderson noted that begonias needed a “night temperature ranging from 55 to 65 degrees.” When do you think our gardeners are able to transplant begonias into our gardens? 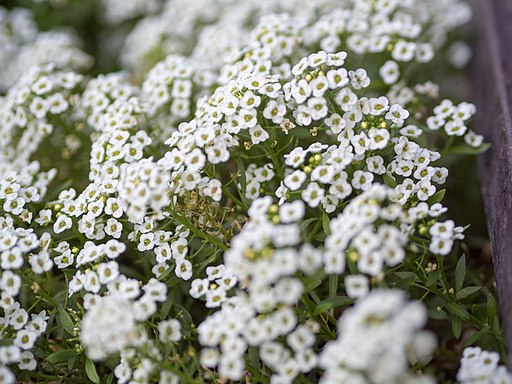 Sweet alyssum (Lobularia maritima) is a fragrant annual that originally grew on islands off the coast of Spain and North Africa.

Henderson said it was very popular in window boxes in London and was particularly useful for bouquets. It’s said to smell of honey—do you agree?

I dreamed last night that I woke up in the library at home & your children were frolicking around me & . . . both families of Warners had finished their welcomes & were filing out through the conservatory door wrecking Patrick’s flower pots with their dress skirts as they went. Peace & plenty abide with you all! —Sam Clemens to Joseph Twichell, 26 January 1879, Munich 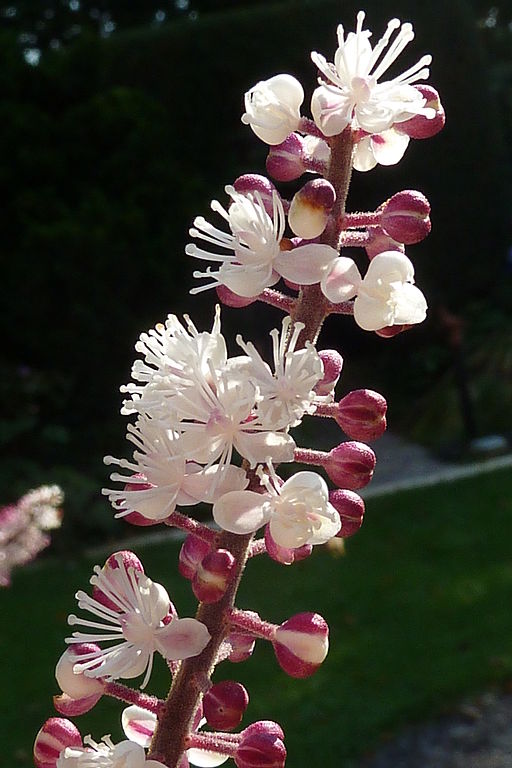 Black cohosh (Actaea racemosa) is a perennial native to eastern North America.  Peter Henderson referred to this plant and all of its relatives as “baneberry,” which he found to be “a genus of hardy herbaceous perennials, of but little beauty.” The name “baneberry” tells us something important about this plant–its berries are very poisonous. “Bane” means something that causes distress, and it’s common in the names of plants that are poisonous to humans or are believed to keep specific animals away. 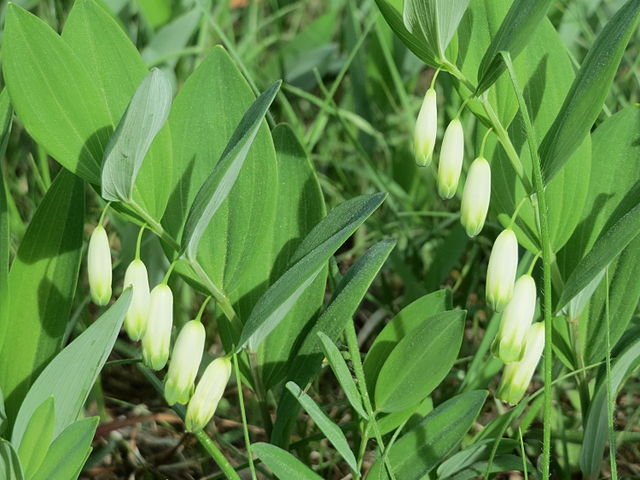 Solomon’s seal is the common name for the genus Polygonatum, which comes from the Greek for “many knees.” Solomon’s seal is a plant with a rhizome,an underground stem that runs horizontal to the surface and puts up numerous plants. The rhizome of this plant looks like it has a bunch of joints—many knees! Peter Henderson described this as “A small genus of very handsome hardy herbaceous plants, of easy culture and graceful habit, not often seen in the borders, but deserving a place in every collection of hardy plants.” 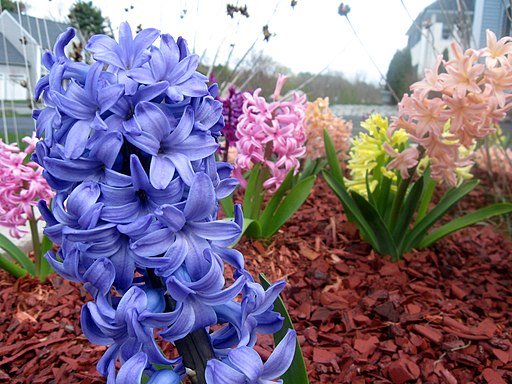 Hyacinths (Hyacinthus orientalis) are planted in the fall to bloom in the spring. They come in blue, pink, white, purple, red, and yellow, and all of them have extremely fragrant flowers! 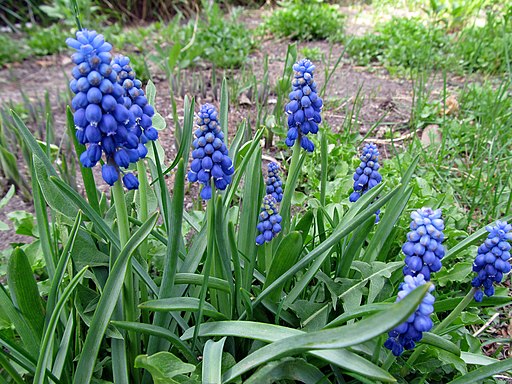 Don’t get those other hyacinths confused with grape hyacinths, though! These flowers (Muscari armeniacum) share a name and bloom at the same time in the spring, but they are two different species of flower altogether. Grape hyacinths can be planted and remain in the ground for many years. “On the east end of Long Island,” Henderson claimed, “some fields are literally blue with the flowers in early spring.” 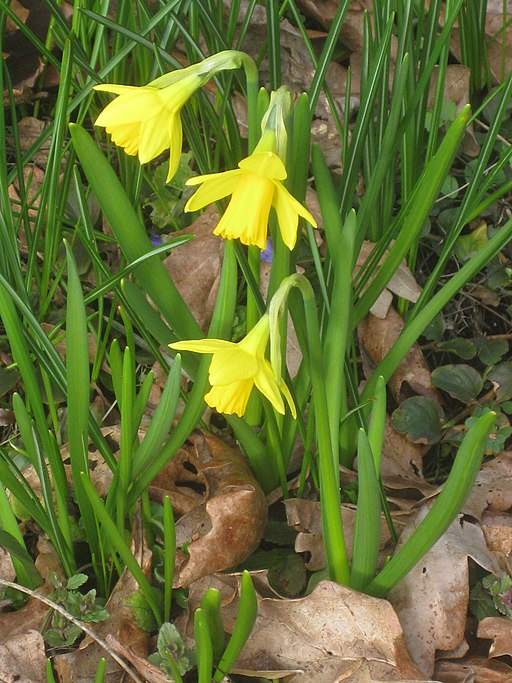 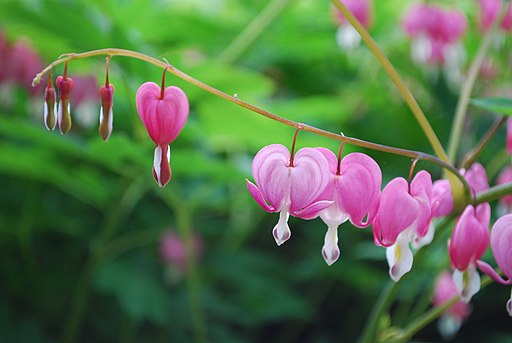 Bleeding heart (Lamprocapnos spectabilis) is a perennial originally native to Asia. It’s a familiar ornamental plant to many of us, but Henderson’s comments suggest just how common this plant was in Gilded Age gardens in the United States as well: “This species is too well known to need description. It is only proper, however, to say it is by far the handsomest of its tribe, and will grow in thick groves or in the most sunny situations . . . Taking it all in all, it is probably the finest hardy plant in cultivation.” High praise indeed! 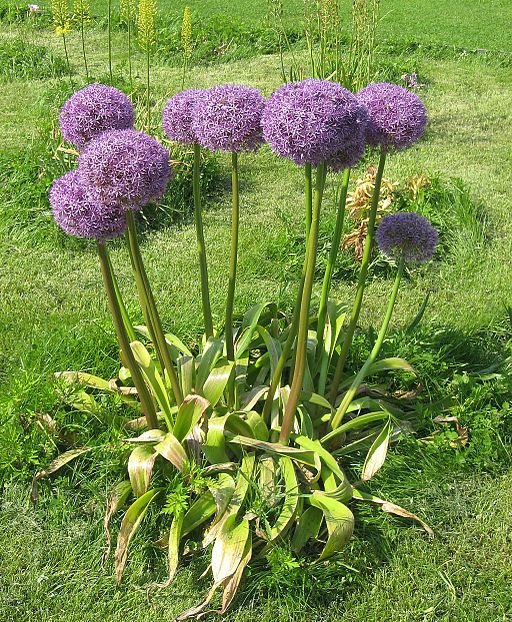 The alliums in our garden are beautiful perennials that bloom in the spring. While the flower may be unfamiliar to you, we bet you know some of its relatives—onions and garlic. (Don’t eat these flowers, though–or any of the flowers in our gardens!)

Peter Henderson thought these flowers were lovely but had probably been ignored as ornamental garden plants because people associated them with those relatives and didn’t think of them as beautiful flowering plants on their own. Do you think they’re worth having in the garden?

My friend, the flower which you took such honest pains to pluck & lug some thousand of miles is not a flower at all but a mere onion . . .

Help us map the different microclimates here at the museum. Use your observational skills to check off every plant you see blooming in the Turn-around and Carriage House Gardens on the day you visit. When you’re done, hit “Submit,” and then follow the link provided to learn about everything growing in this garden—including what you helped us track!

At the end of the season, we’ll hold a drawing and three of the people/families who participated in the scavenger hunt this summer will receive a special gift from the museum. Enter your email address at the end of the form if you’d like to be in the running. 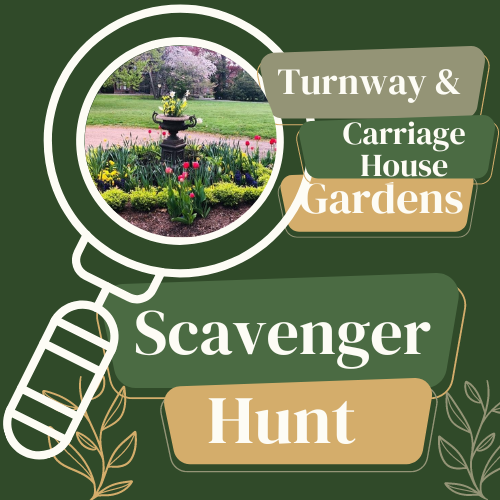