A Virtual Evening with Jan Karon

Millions of readers have found comfort and joy in Jan Karon’s Mitford novels since the first one, At Home in Mitford, was published in 1994. Join us for a special evening online with the New York Times best-selling author herself in conversation with writer and producer Lauren Yarger, as they discuss Karon’s successful career as a writer and the wonderful books she has produced over the years. 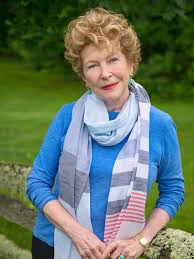 At the age of 50, Karon left her career in advertising and moved to Blowing Rock, North Carolina, to work toward her goal of being a writer. It is here she created her beloved Mitford series featuring Episcopal priest, Father Tim Kavanagh. Karon’s first novel, At Home in Mitford has been reprinted more than eighty times and was nominated three times (1996, 1997, 1998) for an American Booksellers Book of the Year Award. A New Song won the Christy and Gold Medallion awards for outstanding contemporary fiction in 2000. A Common Life, In This Mountain, and Shepherd’s Abiding have also won Gold Medallion awards. The Mitford series consists of fourteen novels as well as spin-off children’s books, cook books and more.

Lauren Yarger is a writer and producer in New York and Connecticut, serving in 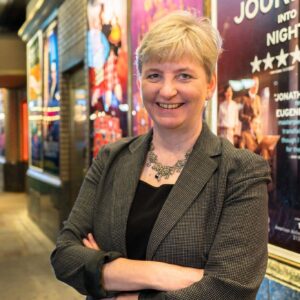 leadership for the Outer Critics Circle, the Drama Desk and the League of Professional Theatre Women. She is a member of the Dramatists Guild, a book reviewer for Publishers Weekly and owns Gracewell Productions, which produces inspiring works of theater, literature and the arts.

“No need to drive anywhere and find a parking place and sit in a public venue. We can enjoy all kinds of entertainment by the interconnection of living rooms. I think we’re on to something. And I sure hope you will join us for this fun time that includes my daughter, Candace Freeland, behind the camera.” – Jan Karon