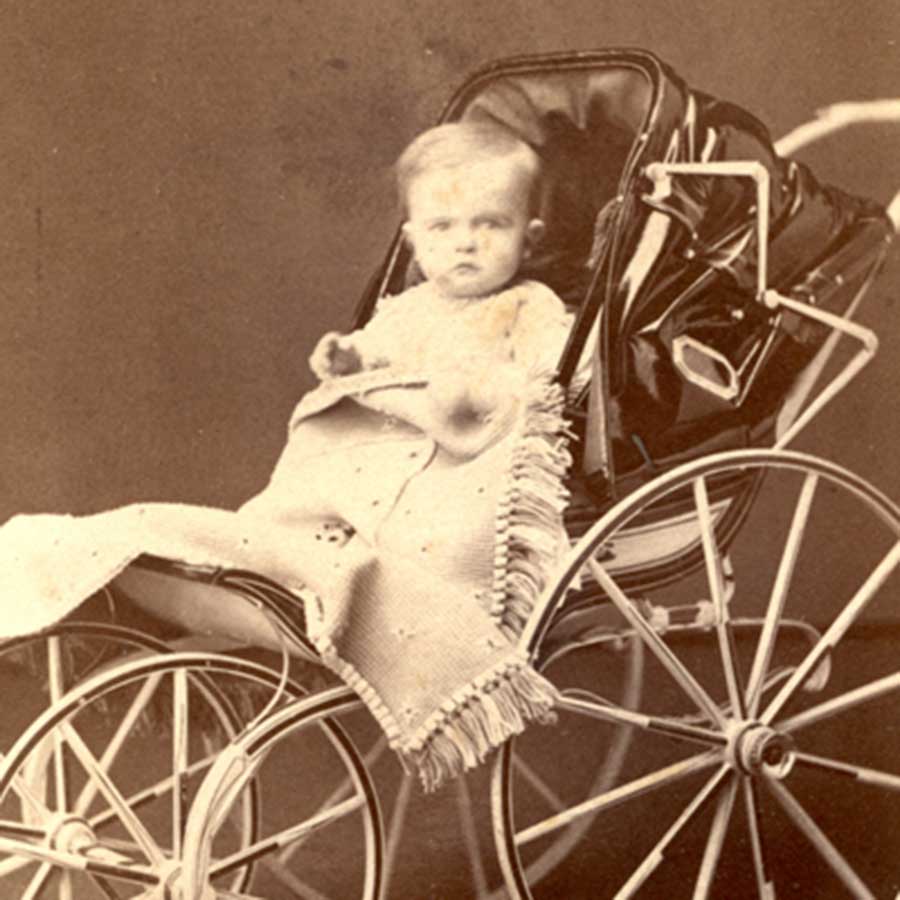 Langdon Clemens was the first-born child – and the only son – born to Sam and Olivia Clemens. He was born prematurely on Nov. 7‚ 1870‚ and continued to be weak and sickly throughout his short life. He died of diphtheria on June 2‚ 1872‚ at the age of only 19 months. 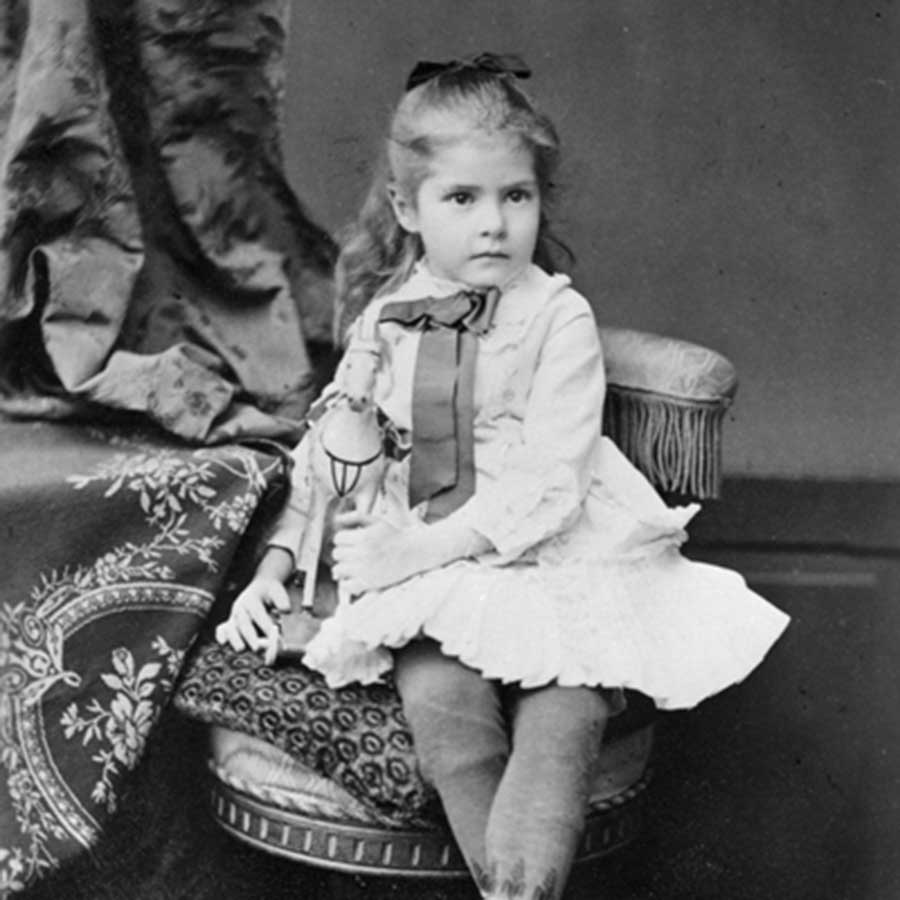 Olivia Susan Clemens‚ called “Susy” by her family‚ was the second child and the oldest of three daughters. Born March 19‚ 1872‚ Susy was a baby when Langdon died‚ and after his death both parents doted on Susy. Their close attachment to her remained significant throughout her youth and young adulthood. She was a precocious child‚ and Clemens wrote that even as a small child she had big thoughts. Clemens and Olivia kept a record of many of the startling and humorous comments made by Susy and her younger sister‚ Clara‚ in a document called “The Children’s’ Record: A Record of the Small foolishnesses of Susie and ‘Bay’ Clemens August 1876 – 1885”. Mark Twain records Susy’s comments about prayer‚ and about good and bad behavior. Susy grew to love writing‚ theater and music.

All three Clemens girls were taught at home. Livy conducted most of the lessons at first‚ but later employed tutors and governesses to teach reading‚ writing‚ history‚ arithmetic‚ literature and science. Clemens wanted them to read German books before English books – his reason being that they would learn English no matter what‚ and it would be easier for them to learn other languages while they were young. Olivia employed a German nurse who always conversed with the children in German so they could practice their skills. The girls also studied piano‚ singing and social dancing. All these skills were expected of young upper middle-class women.

As a teenager Susy was prone to bouts of depression and other illness‚ which limited some of her activities. When she was 13‚ Susy began writing a biography of her father‚ incorporating family stories‚ letters he had written‚ articles about him and her own thoughts about her father. Much of Susy’s writing is included in Mark Twain’s autobiographical writings‚ where he preserves her grammar and spelling and reflects on her version of events. (Today Susy’s words can be read in a stunning children’s version of her book called The Extraordinary Mark Twain (According to Susy) by Barbara Kerley.) The children entertained themselves and family friends with games of charades and acted out their favorite stories. They turned their father’s The Prince and the Pauper into a stage play in which Susy played a starring role. Susy herself wrote a play called The Love Chase that she and her sisters and friends performed in the drawing room of the house.

Susy Clemens entered Bryn Mawr College outside of Philadelphia in the fall of 1890 but did not remain there long. Historians have speculated on the reasons for her departure‚ but the strongest is probably that of being separated from her family during trying times. Both her grandmothers died that fall‚ and the girls were particularly close to Livy’s mother. That emotional loss‚ and the family’s worsening financial status‚ are thought to be the main reasons Susy returned home.

In June 1891 Mark Twain’s investment in the Paige typesetting machine was approaching failure‚ and his publishing company‚ Charles Webster and Company‚ was struggling. The family closed up the home in Hartford and spent the better part of the next four years in Europe. During this time‚ Susy concentrated her efforts on becoming an opera singer‚ but that‚ too‚ was unsuccessful. When Clemens was forced to go on a round-the-world lecture tour in order to raise money and pay off his debts in the summer of 1895 Susy did not go. She remained in Elmira‚ N.Y.‚ with her mothers’ family and her youngest sister‚ Jean.

Before the family was reunited a year later‚ Susy fell ill with spinal meningitis and died at their Hartford home before her mother was able to return to be with her. She died Aug. 18‚ 1896‚ at the age of 24. Her family never returned to the Hartford home to live‚ and it was sold in 1903. Their broken hearts would never fully recover. 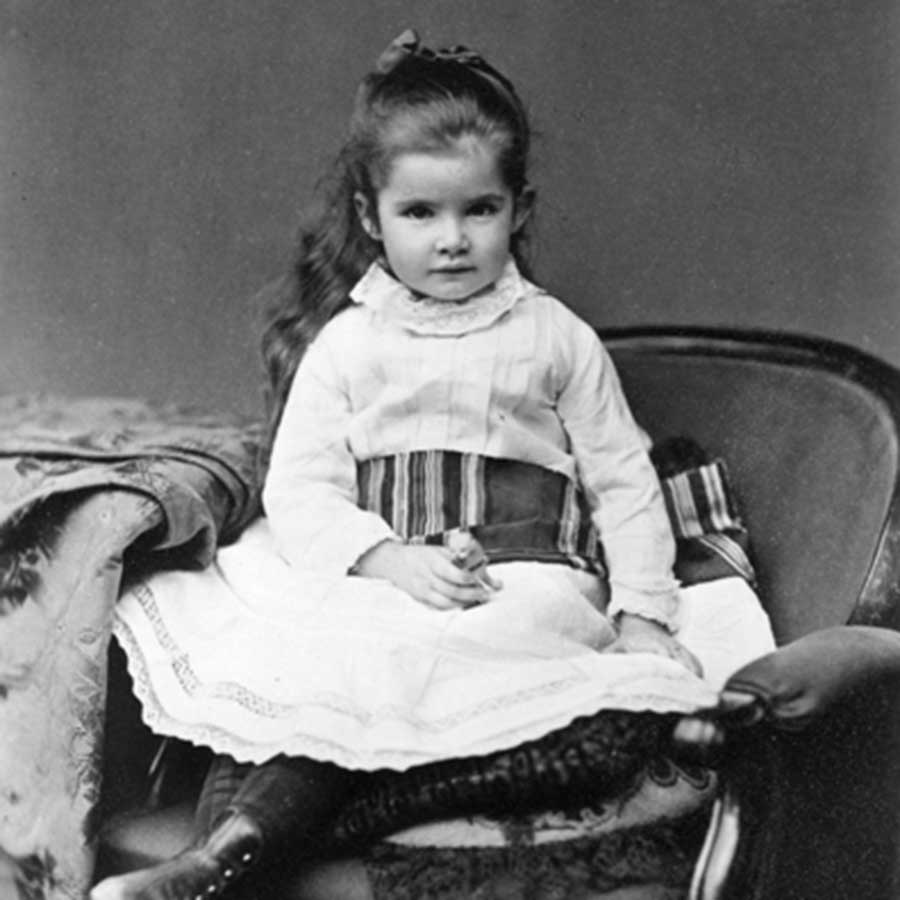 Clara Langdon Clemens was two years younger than her older sister‚ Susy: She was born June 8‚ 1874. Because they were so close in age‚ much of Clara’s early years are similar to Susy’s: full of social life‚ home schooling in language and music‚ and foreign travel. Clara’s childhood nickname was “Bay‚” which evolved from toddler Susy’s pronunciation of “baby” and stuck.

Clara was more adventurous than her older sister and more prone to mishaps‚ breaking her ankle while sledding on the steep slope where the Hartford house sits. As a young woman‚ she accompanied her parents on their round-the-world trip in 1895-96. Clara’s My Father: Mark Twain is largely concerned with describing their travels on that lecture tour. Clara was a fine pianist and also performed as a singer. Her hopes of becoming an opera star were never fulfilled‚ but she had a somewhat successful career as a recital soloist.

Clara was the daughter who found it easiest to function independently of her family‚ and longed to break away and start her own life. After Susy’s death‚ Clara found herself in the emotionally draining position of keeping the family together. Her mother’s health was declining and her younger sister‚ Jean‚ suffered from epilepsy. Both were under doctor’s orders to avoid stress or excitement. Clara helped nurse them both‚ but was not allowed to tell either of the other’s status.

Sam Clemens‚ who was not permitted to spend much time with his wife during her illness‚ and was unequipped to care for Jean’s needs‚ was virtually no help to Clara at all. After her mother’s death‚ Clara suffered an emotional collapse and spent some time away from her family. She longed to start a career for herself that did not depend on her fathers’ name for success. She spent her time between traveling for performances and at home with her father managing household affairs.

Clara was the only Clemens child to survive their father. In 1909‚ she married Russian pianist‚ composer‚ conductor Ossip Gabrilowitsch. Together they had one daughter‚ Nina. Later in life‚ she occasionally sang on her husband’s concert tours and for fundraising concerts to raise money for Mark Twain historical sites.

Among these was the Mark Twain Memorial, the predecessor organization to The Mark Twain House & Museum. She shared family furnishings and her memories of growing up in the house with the early stewards of the house.

After her husband’s death in 1936 Clara married another Russian musician‚ Jacques Samoussoud‚ and spent her last years living in southern California. She died Nov. 19‚ 1962‚ at the age of 88.

Nina Gabrilowitsch‚ who died in 1966 at the age of 55‚ had no children‚ so there are no direct descendants of Samuel L. Clemens. 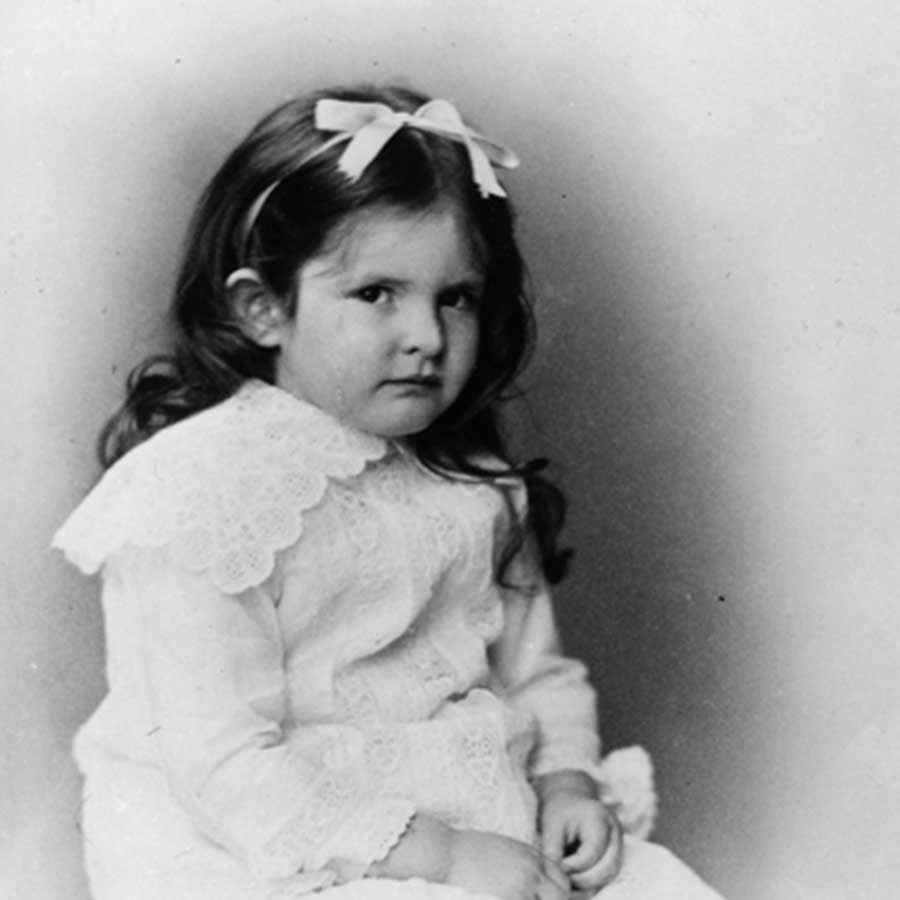 Jane Lampton Clemens, born July 26, 1880, was always called “Jean” by her family and friends. She was the youngest child of Sam and Olivia Clemens. Later in 1880, Clemens wrote to his sister: “Jean is as fat as a watermelon, & just as sweet, & good, & often just as wet.” Her parents did not record as many details of her early years as they did when writing of the older children.

Jean loved wildlife and being outdoors. As a teenager and young adult she was what today would be called an animal rights activist. She joined the Humane Society and made donations to similar organizations during the family’s many travels. She loved horseback riding‚ and as an adult longed for a vocation and source of income of her own to make her more independent.

In recent years‚ scholars Laura Skandera-Trombley and Karen Lystra have conducted research that provides a more rounded picture of her short life. In 1891‚ when the family packed up for Europe‚ Clara and Susy were practically adults‚ with careers in mind. At that point Jean was only 11‚ and still had much of her childhood left.

Most Mark Twain scholars mark Susy’s death in August 1896 as the point at which the lives of the families changed‚ but Jean was diagnosed with epilepsy five months before Susy’s death‚ and this news was also a huge blow. Jean was 15‚ and she was not able to experience the idyllic teenage years her sisters had enjoyed. While in Europe the family sought out doctors to treat Jean in England‚ Sweden‚ Germany‚ and Switzerland‚ but constant travel also took its toll.

Jean’s illness had periods of remission and periods when she would have frequent grand mal seizures. She was supposed to be kept calm: The conventional medical wisdom of the day dictated that excitement and worry made the seizures more frequent. She was kept under constant supervision by her parents; Livy stayed with Jean night and day when she was having her “spells.”

Few scholars mention the effect this constant stress in caring for Jean put on her mother’s own declining health. There was social stigma surrounding epilepsy‚ and sufferers were often ostracized. It was Livy who insisted that Jean be included in as many family and social activities as her health would allow. Her mother and father both thought that by being vigilant they could hold off the seizures.

Jean was prescribed fresh air and exercise‚ such as horseback riding‚ which she loved. She carved elegant glove boxes and chests after the studying the craft as part of her treatment‚ and always hoped that if she could get healthy enough she could make a modest income from her art.

She was kept on a sedative and a strict diet that limited meat and sweets. When her mother died and Clara suffered her own emotional breakdown‚ Jean’s care was left to her father and his staff. He was unable to maintain the level of care she had received from her mother‚ and Jean spent most of her last years separated from her father‚ living in sanitariums and treatment centers believed to be the best choice for her health.

In the fall of 1909 Clemens finally woke up and realized he and Clara needed to take full responsibility for Jean’s care‚ and she returned to live with her father at his home in Redding‚ Conn. In the last few months of her life Jean reconciled with her father and worked as his personal secretary. She died of an apparent heart attack‚ the result of a seizure‚ on Christmas Eve‚ 1909. She was 29.