Experience the magical home of one of Connecticut’s most important residents. Transport your students back to Gilded Age Hartford. 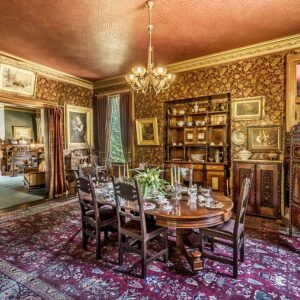 Bring your students to visit the house where Huck, Tom and Jim were born! Through a variety of interactive, inquiry-based tours and programs led by our expert guides, students in grades K-12 can explore the beautiful rooms where Twain worked and raised his family, learn about the social and cultural issues that shaped his writing, and even do a little storytelling themselves. It’s the perfect way to bring learning to life!

To ensure the safety of our visitors and staff, school field trip groups are currently restricted to a maximum of 44 people, including teachers and chaperones. The museum cannot offer indoor space for group lunches at this time, but groups are free to eat lunch outside on the museum grounds, weather permitting.

Can’t visit us in person? Check out our slate of virtual programs for K-12 students and undergraduates!

Hartford School Free Visits: Students at K-12 Hartford schools may tour the historic Mark Twain House, explore our two galleries, view our documentary film, and participate in any of our virtual educational programs at no cost.

Priority School Free Visits: Students at priority schools may tour the historic Mark Twain House, explore our two galleries, view our documentary film, and participate in a storytelling or creative writing program at no cost. Ask for details when you submit or call for a reservation.

Testimonials about Field Trips at the Mark Twain House

NOTE: Teachers accompanying student tours are admitted for free. One adult teacher or chaperone is required for every ten students. 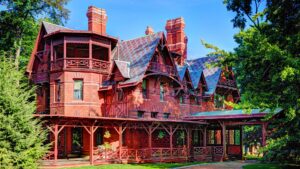 Experience a 45-minute inquiry-based tour of the elegant mansion where Samuel Clemens (Mark Twain) lived and worked from 1874 to 1891. Students expand their visual literacy and learn about life in 19th-century Connecticut by exploring the space where Clemens wrote his most successful works.

Hands-on Tour: Growing Up In The Gilded Age 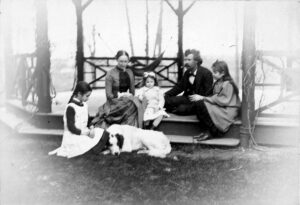 What was it like to learn, play, and grow up in Mark Twain’s home?

In this special 60-minute interactive tour, young students explore the everyday lives of the Clemens daughters—the books, games, and songs they loved, the subjects they studied, and the people they interacted with. Led by an experienced guide, this inquiry-based tour invites students to think about a house as a source for understanding the past, and to think about the ways that childhood and family life in the Gilded Age were similar and different to their own. 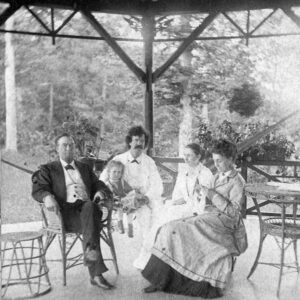 What was it like to visit, work at, and live in Mark Twain’s house?

Between Sam and Livy Clemens, their three daughters, their staff, and a steady stream of visitors from down the street and across the country, Mark Twain’s house was usually full of people. In this hands-on tour, students learn about what it was like to live and work in Gilded Age Hartford—and what it was like to visit a fancy house! It encourages them to think about the various roles people play in their homes and communities, helping them draw connections between their lives and the lives of Hartford residents more than 100 years ago. 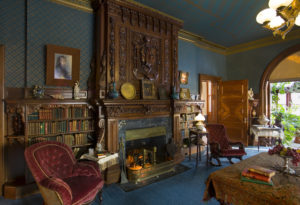 How can we use the objects around us to tell stories in collaboration with others?

This 20-minute program introduces Mark Twain to a younger audience, and allows them to do what Twain did best: make up stories! Just as Twain created nightly bedtime stories for his three daughters using the bric-a-brac on the mantel in the library of his home, so too will students be asked to collaboratively improvise the telling of a new story based on a selection of Victorian objects that they may have never seen before. The results are certainly creative—and almost always hilarious! 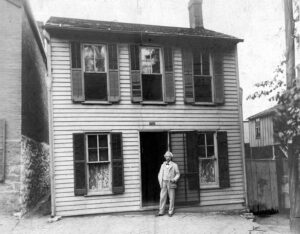 Why might an autobiography and a biography conflict? How do we reconcile that contradictory information?

In this 45 minute program, students learn the similarities and differences between biographies, autobiographies, and memoirs, and then read and analyze the way Twain, his family members, his employees, and his later biographers described an aspect of Twain’s life. After considering each author’s perspective, purpose, audience, and evidence, students work together to decide how they would write this particular portion of Sam’s biography. 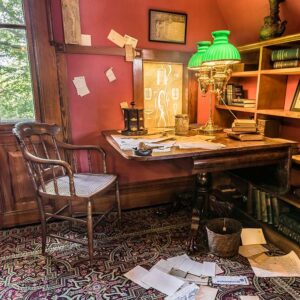 What can we learn about writing from rewriting Twain?

In this 30-45 minute program, students learn the basic elements of fiction writing, practice their storytelling, and expand their creativity by rewriting the opening scene of The Adventures of Tom Sawyer. Asked to change one element of the story, like the setting, students must then consider how all of the other elements must change in response.

This program is made possible with generous support provided by Lincoln Financial Group. 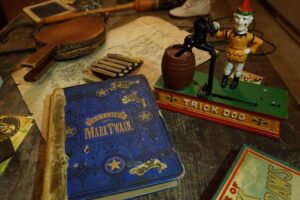 What choices do artists make when illustrating a book like The Adventures of Tom Sawyer?

Mark Twain’s stories are familiar to us not only through his words, but through illustrations of his iconic scenes and characters that artists have produced over the years. In this 45 minute program, students learn about the choices and challenges that artists face when illustrating a book. Then, using their visual arts and text analysis skills together, they read a short scene from The Adventures of Tom Sawyer and look at several different illustrations of that scene, analyzing and comparing the choices each illustrator made in transforming Twain’s words into art we can see.

Extend your students’ learning: Any class that participates in Sketches New & Old can then send in its own illustrations of Twain’s writing to be featured on the museum’s website. 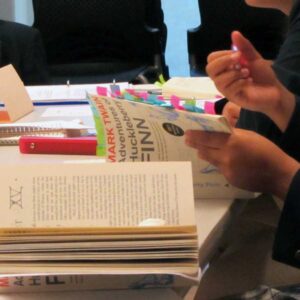 How does someone come to believe the views they were raised with were wrong–and how do they change those long-held views? How is personal reflection part of taking informed action?

Mark Twain described Adventures of Huckleberry Finn as “a book of mine where a sound heart and a deformed conscience come into collision and conscience suffers defeat.” In this program, students learn how Twain came to recognize the ways that white supremacy had deformed both the national conscience and his own, and explore the ways he and other 19th century American writers and activists successfully–and not-so-successfully–worked towards national and personal reform.

Note: This program is intended to support students who have read or are reading Adventures of Huckleberry Finn, but it does not summarize (or spoil!) the book itself.

Please make your reservation at least two weeks in advance of your visit. It is also helpful if you have multiple dates in mind. All tours are booked on a first-come, first-served basis. To register or get more information, call our school and group booking line: (860) 247-0998, Option 5, or e-mail GroupTour@marktwainhouse.org