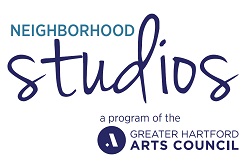 Applications for the Neighborhood Studios 2021 are open today! 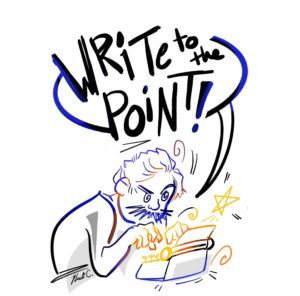 At the Write to the Point Studio, hosted at The Mark Twain House & Museum, apprentices will explore poetry and creative non-fiction, while considering the most important connections in their lives. Working with a Master Teaching Artist and museum staff, and through study in The Mark Twain House & Museum, apprentices will compose and perform creative writing pieces exploring to whom and to what they feel most connected. They will produce three main projects: an individual creative writing portfolio of six pieces, one group slam poem, and a virtual museum exhibition designed with their peers.

The 2021 Neighborhood Studios Application period runs from March 8-April 16. Applications are submitted through Google Forms and the 2021 application can be found HERE. You can visit Let’s Go Arts! for more information about Neighborhood Studios. Neighborhood Studios is a program of the Greater Hartford Arts Council and is made possible with generous support from Travelers and Lincoln Financial Foundation. Questions about the Write to the Point program at The Mark Twain House may be directed to Bridget McGrath.

Beginning Monday, June 29, sixteen apprentices began receiving virtual instruction in creative writing, and exploring the role of power in a writer’s work through poetry, creative non-fiction, and museum exhibition. Under the tutelage of Master Teaching Artist Vicky Nordlund and assistants Joyce Hida and Robin Chiburis, they have spent six weeks fine-tuning their creative voices while using the Mark Twain House itself as inspiration. As their apprenticeships end, the museum is proud to present the culmination of their six weeks of hard work: four slam poetry performances, four virtual exhibits, and sixteen individual creative writing portfolios.

The Curious Happenings of Fulton County

This exhibit follows the gruesome events that unfolded in the small town of Fulton, somewhere in New England, through October 2009 to December 2009 after a luxury housing company began construction in the town’s ominous woods. When a contractor briefly vanishes and is found brutally attacked while on the job an investigation is opened, one that would go down in history. Detective Regina Chester, someone relatively new to town, and her partner Detective Joe Rogers, must delve into the elusive case when it is assigned to them. Little did they know, the case was impossible to solve. As more and more employees involved with the new luxury apartments died in the same exact way, with no traces of DNA or signs of tampering, the possibility of supernatural involvement became less irrational, even to practical Detective Chester.

While the CEO of Horizon Smarter Living is pressuring Detective Chester to speed up her investigations and stories of horrifying encounters in the Fulton Woods seem increasingly feasible, Detective Chester feels herself falling apart under the weight of paranoia and moral responsibility. After reading an urban legend that described an inexplicable experience of being mutilated by a glowing figure, with uncanny similarities to the deaths of the Horizon Smarter Living employee deaths, Detective Chester decides to look into it. She even goes into the eerie woods herself, clad with a camera, to see if there’s any validity to the stories. When she sees a glowing figure like the one she heard about and catches it on camera her sense of reality seems to disappear completely.

After a young Fulton resident named Charlie Murray approaches Detective Chester with concerns about the woods, conspiracies, photos, and files pointing to the connection between the tragedies and the construction she feels regret that there is nothing she can do to prove it. The deaths weren’t a result of a crazed environmental activist or freak accidents, they were retaliation against the destruction of the woods, from the woods. The story reflects on human interaction with nature, the dangers of corporate greed, and how it harms the Earth.

The Bubonic Plague: An Inside Account from the Lives of Those Who Lived It

This exhibit traces the story of four bold and dangerous women living in 1950’s New Haven, Alice, Kathleen, Maria, and Nancy. The common thread, which binds them together, is that they are all housewives trapped in toxic and unfair marriages with their husbands. They have no control over their own lives until they decide as a group to set themselves free and kill their husbands.

These women were defined as merely wives for most of their lives — their interests and ambitions were ignored by their husbands. The women themselves lost some of their self-worth due to being in such power imbalanced relations. While extreme, by murdering their husbands, Alice, Nancy, Maria, and Kathleen rediscovered themselves in a society where women weren’t meant to prioritize themselves and their identities over serving their husbands.

This exhibit explores the many walks of life and cultures of the 23rd century. You will be following four particular people and their relationships with the world around them. Throughout these collected pieces, you will take a sneak peek inside each person’s life and gain a sense of understanding about the rich history, dynamics, and the rise and fall of power hidden inside the 2200’s.

The 23rd century saw the rise of artificial intelligence used in many ways, including as CareBots for affluent children. One such Bot, “Nova”, was retired after a malfunction caused her to become too attached to subject Secorah Xander, who went on to become a renowned Captain of the vessel Regnolium. Nova embodies the plight of bots in general, discouraged from emotion and not given autonomy over their bodies. Explore her story here.

Andrew Michaels is a Major General for the UMars Army. People are starting to evacuate Earth and head to other planets that have been thoroughly investigated and had numerous safety checks. Andrew was one of the first few people to live on Mars and now works for UMars military. He is engaged to Audrey Gauvin, a preschool teacher who is on her way to Mars and is pregnant. The UMars government is slowly controlling everyone without them knowing and Andrew wants to change that. Explore his story here.

One of the more well-known members of the working class was Nadia Opifex, an esteemed mechanic based out of the Aurelia Docking Port, based near Venus. She worked with many ships and crews to climb her way into the higher ranks of the Interstellar Mechanic Society. Although the working class is treated as a less essential part of society, her story highlights the true power they have over keeping things running smoothly. Explore her story here.

Claude Gaskin VI was a notable journalist working for The Gabbler, a prominent publication funded by, and dedicated to, the interests and dealings of the super-wealthy. At the tender age of 26, due to a fascination with historical icon Dr. Astra Xander, he slowly became disillusioned with the class system perpetuated by his writing. This exhibition tells his story and explores the distribution of wealth and power of his moment. Explore his story here.

A Symphony of Heartbreak by Ahjeiza Adrian

The Present Meets the Past by Maddy Brouillard

The Effects of Power by Sara Cove

The Exchange of Power by Ashia Hawes Brown

The War on Bugs by Violet McCabe

The Literal Definition of Power by Ayanna Tavares

The Power of Experience by Charlotte Watts