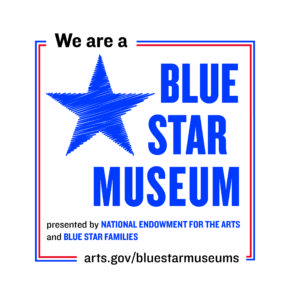 The Mark Twain House & Museum will join museums nationwide in participating in the tenth summer of Blue Star Museums, a program that provides free admission to our nation’s active-duty military personnel and their families this summer. The 2019 program runs through Monday, September 2,  Labor Day. A list of participating museums can be found at arts.gov/bluestarmuseums.

“It is a privilege to open our doors to members of those who give unselfishly and serve our country,” said Michael Campbell, Chief Operating Officer of the Mark Twain House & Museum. ” It is a small thing we can do for our local and visiting heroes.”