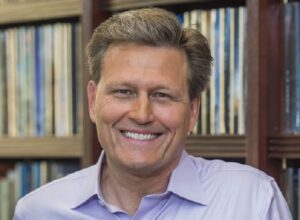 The Mark Twain House & Museum is pleased to announce that novelist David Baldacci and his wife Michelle have made a gift of $1 million to the museum. Baldacci, a member of the museum’s board of trustees since 2012, specified that the restricted gift be used to support expanded programming and strategic initiatives. A portion of the gift will establish a challenge grant encouraging others to donate to the museum.

Upon making his gift, Baldacci said, “Mark Twain was one of our most important writers, and it is critical to this country’s heritage to preserve his legacy for future generations. My wife Michelle, who has been overseeing our literacy-based family foundation for nearly two decades, noted that many of Twain’s remarks and opinions are as relevant today as they were during his lifetime. For me, Twain and much of what is remarkable about this country go hand-in-hand. We are proud to be supporters of such a wonderful organization devoted to ensuring that all Americans and the rest of the world can learn as much as possible about a truly unique individual.”

Pieter Roos, executive director of The Mark Twain House & Museum, said, “We can’t begin to express our gratitude to David and Michelle, who have been friends and supporters of the museum for many years. Their generous gift will allow us not only to more robustly pursue many of the initiatives spelled out in our strategic plan but to explore new opportunities in support of our mission.”

“We are pleased that the Baldaccis have earmarked part of their gift as a challenge grant, one that will match up to $100,000 in donations, dollar for dollar,” Roos added. “We all hope that challenge will encourage and inspire people from our surrounding community, throughout the state, and across the nation to follow their lead by donating generously to support Mark Twain’s historic house and its programs.”

Paul Eddy, president of the museum’s board of trustees, noted, “The Mark Twain House & Museum is well positioned to take full advantage of this generous gift. Having just adopted a new strategic plan in January, we have a strong sense of our priorities, including expanding our public programs as a means of community engagement and education. On behalf of the entire board, I thank our fellow trustee David and his wife Michelle for their generosity, commitment, and unstinting support.”

The Baldaccis have for several years supported (through their Wish You Well Foundation®) the museum’s popular Mark My Words lecture series, which brings important authors to the museum to speak. David also is the founding sponsor of the Mark Twain American Voice in Literature Award, launched in 2016 to honor the author whose recent novel most clearly expresses a uniquely American voice such as the one Mark Twain created in his masterpiece Adventures of Huckleberry Finn. Baldacci funds the $25,000 cash award, which this year went to Jesmyn Ward for her 2017 novel Sing, Unburied, Sing.

Baldacci has published 38 novels for adults; all have been national and international bestsellers, and several have been adapted for film and television. His novels are published in over 45 languages and in more than 80 countries, with over 130 million worldwide sales. David has also published seven novels for younger readers.