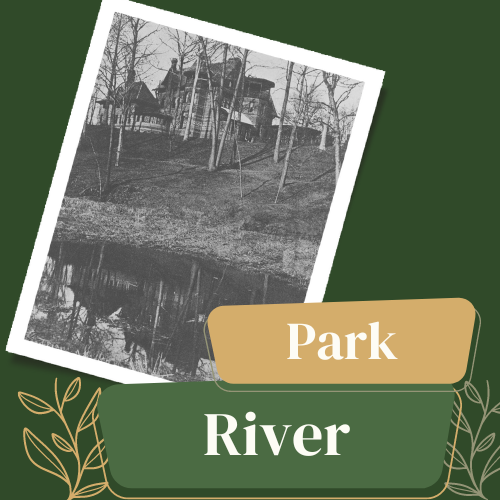 The Clemenses’ Hartford home was a part of the neighborhood known as Nook Farm. This tight-knit community including families such as the Clemenses, Hookers, Beechers, Gillettes, Warners, Hawleys, and Burtons, among others. The neighborhood got its name from the bend, or “nook,” in the Park River which bordered the area to the west and south.

Originally named the Hog River, the tributary was renamed the Park River in 1892, as it flowed through Bushnell Park in downtown Hartford. The Park River ran along the base of the hill here, where today we have a footpath and a section of our guest parking lot. The river was buried between the 1940s and 1980s by the Army Corps of Engineers to prevent spring floods. 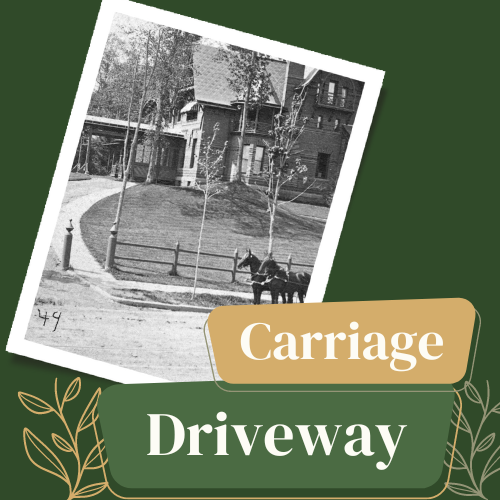 The Clemenses’ house originally had a driveway that connected Farmington Avenue to the main house as well as the Carriage House so that carriages and sleighs could drop their passengers off at the front door. One branch of the driveway swept up the hill and passed under the porte cochère where passengers would disembark under shelter. The driveway would then continue alongside the porch, referred to as the Ombra (Italian for shade), to the carriage house where a section of the drive circled around a garden allowing the carriage or sleigh to turn around. The other branch of the driveway ran along the kitchen and servants’ wing of the house and was used for supply deliveries. 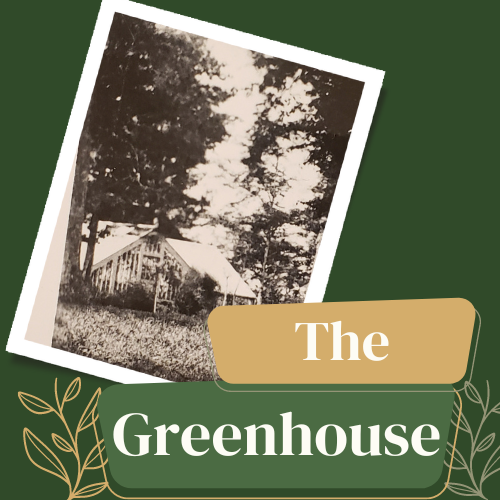 When the Clemens family lived here, there was a large greenhouse on the lawn between their house and the home of Harriet Beecher Stowe. Olivia Clemens loved having fresh flowers in the house and the family employed gardeners who tended to the greenhouse plants and the many gardens around the property.

The first gardener who worked for the family was Daniel Molloy. We don’t know much about him, but we do know Olivia gave him a book called Practical Floriculture which detailed how to grow all kinds of plants. His book still exists, and we can see notes Daniel made in the margins, particularly in sections about things like getting roses to bloom in the winter in greenhouses.

The second gardener was John O’Neill. John grew vegetables in the greenhouse, including corn, but he was particularly well known in Hartford for growing beautiful flowers. John and his wife Ellen sold extra flowers from the greenhouse.

Watch the Catching Up with the Clemenses Greenhouse episode!

The Mark Twain House gardens and conservatory are under the watchful care of University of Connecticut Master Gardeners. For over a decade they have worked with the plantings and landscaping on the grounds, combining a staggering amount of horticultural skill with an artist’s eye, and creatively incorporating historical hints and tributes into their work.

Learn More About Our Gardens 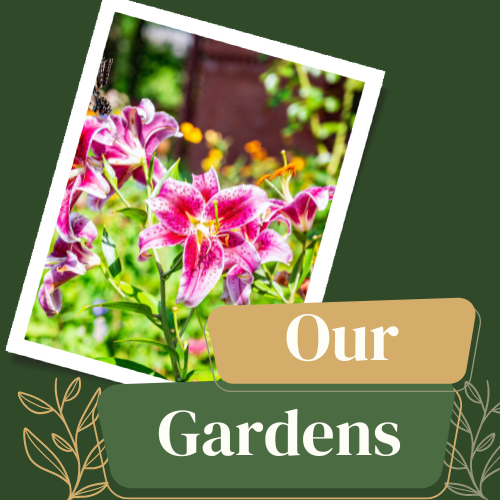 Help us map the different microclimates here at the museum! Use your observational skills to check off every plant you see blooming in our gardens.

Try One of Our Scavenger Hunts! 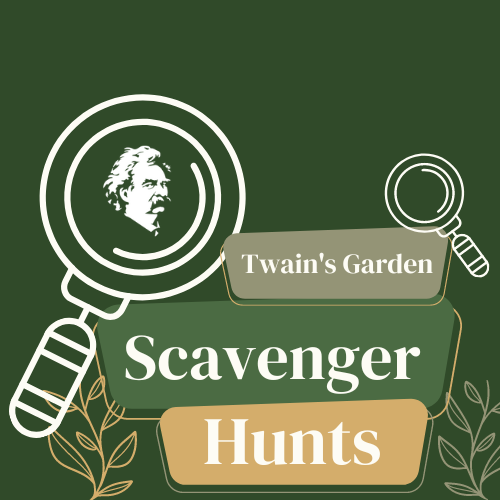